You are here: Home1 / Blog2 / Sruti Articles3 / A time to relook and relish the music 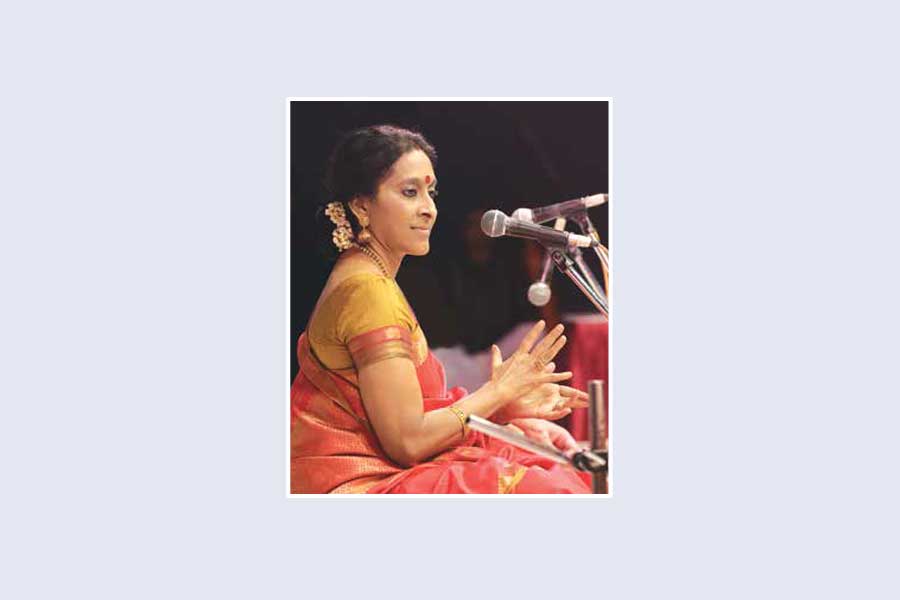 It is hard to fathom Bombay Jayashri, as she said once, “My music will tell you more about me than I ever could”. Indeed, her recent music says a lot about the diversity of her art, as well as the churning inside.

On the one hand is her hit song Ororo novin kanalilum from the film Kolambi; wistful and poignant. There is the soulful, spiritually uplifting Sanskrit Dhanvantari sloka she sang recently for a US-based charity, and the lullaby in Brajbhasha, Palnaa mein lalnaa. There is also Dikshitar’s soul searing Jambupatey, which she sang along with her talented son Amrit, for an online offering in April 2020 at the age old Sankat Mochan Sangeet Samaroh in Banaras, with no accompaniment other than her self-played tambura—the majesty and magic of that rendition is unforgettable.

Eager to please her audience, principled in her musical offerings, moored to maintaining the rigid confines of presentation in the Carnatic tradition, yet open to absorbing musical influences, Jayashri both bewilders and beguiles. An artist who has boldly soared in her musical experiments, Jayashri has perhaps not shown the same abandon in the classical arena as yet.

Her ability to absorb subtle nuances of music of different types has created a style of music which is uniquely her own. Her ability to surrender to the music to elicit the unexplored from within herself is clearly evident; her chosen path in her musical journey was by no means conventional, yet so successful, that you feel that her best years musically are yet to come… read more