You are here: Home1 / Blog2 / Sruti Articles3 / A TREASURE OF KRITIS ON LORD ANJANEYA 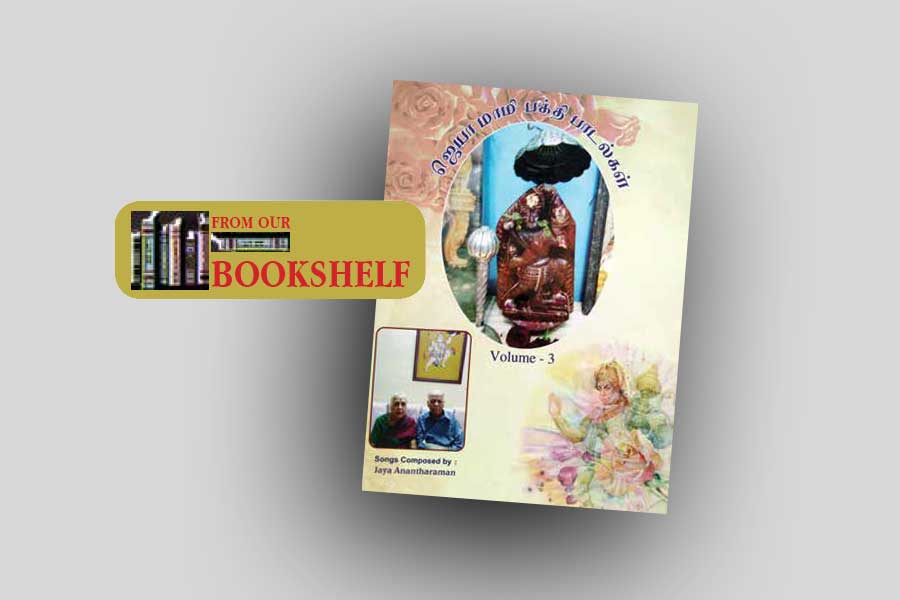 Jaya Mami Bhakti Padalgal is a serene offering of three volumes containing nearly 600 compositions, mostly in Tamil, on Lord Anjaneya (Hanuman). This assumes special significance as there is a virtual dearth of kritis on one of the most worshipped deities of our land associated with the epic—Ramayana. The Hanuman Chalisa is a celebrated household prayer too. Constant requests by close friends and well-wishers and support from her husband, saw the songs coming to print just a few years ago with notations in Tamil. This book is a blessing for musicians in Tamil Nadu, specially Chennai – the hub of Carnatic music – to sing and popularise them.

Jaya Anantharaman, fondly called Jaya Mami – a prolific composer in her late eighties, had learnt music from a young age and had been mostly in north India where her husband was posted. Later, the couple moved to Bengaluru in 1990. The preface narrates an interesting story—the connect between Jaya Mami and Lord Anjaneya. Some 32 years ago, Mami—a devotee of Lord Rama from childhood, got a plain stone measuring roughly 7 x 4 inches, from a friend in Delhi on return from a visit to Mt. Abu. Mami began worshipping this as an idol as she could recognise a form of Anjaneya on it. In about two years, the contours became clearer, the bond got deeper. One day she found herself highly emotional with tears rolling down and her voice choking, transporting her to the defining moment; she was 54 then, and that moment led her to sing profusely on Anjaneya, her ishta devata.