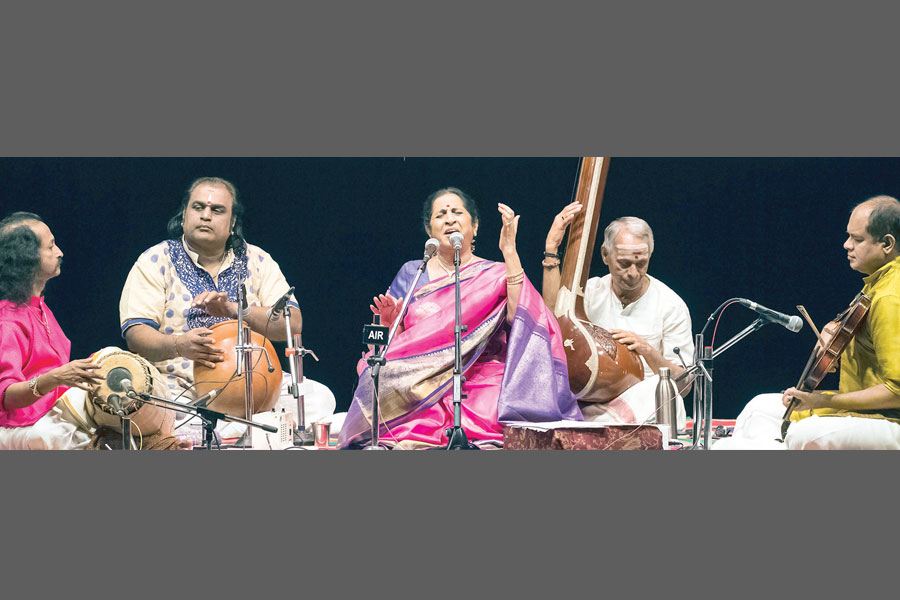 WHAT OTHERS HAVE TO SAY

My association with Aruna Sairam goes back a long way—to the early 1990s. One day she called me, introduced herself and graciously asked me if I would consent to accompany her on the mridangam in her concerts. She then invited me to France for a production by French theatre director Dominique Pompougnac on Lord Krishna, titled Le Bebe Bleu (The Blue Baby). It was the story of Krishna from his birth until he was five years old, in a song-dance-speech format. After that tour, I accompanied her in a concert at the Mylapore Fine Arts Club in Chennai which was a resounding success. I was amazed at the crowds and the response to this concert. Thereafter, I became her regular co-artist. Ghatam Karthick and I have accompanied her on several performances and tours.

Aruna Sairam has a fine repertoire of rare padams and javalis, a variety of complex classical compositions and pallavis, apart from the abhangs that she has come to be known for. She is an artist who understands the proscenium and the audience thoroughly and pays fine attention to detail. An expert in concert planning, she presents every concert with dedication and honesty, never once shortchanging the organisers, the audience or us accompanists… read more

I have been a part of Aruna Sairam’s favourite performing team for several years and have had many magical musical moments. She is an adorable, artistic, human being. Her impeccable respect for her elders and gurus, her strong musical persona and presentation, her calm temperament, determined intelligence, open mindedness, clarity of vision—all make her a Carnatic rockstar.

Many experiences both on and off the stage have convinced me that she is an inspiration to the next generation of music lovers. Her major contribution is that she has brought in a new generation of enthusiastic rasikas into the fold of Carnatic music. I have heard people telling me personally that they have started listening to other concerts after listening to Aruna Sairam… read more