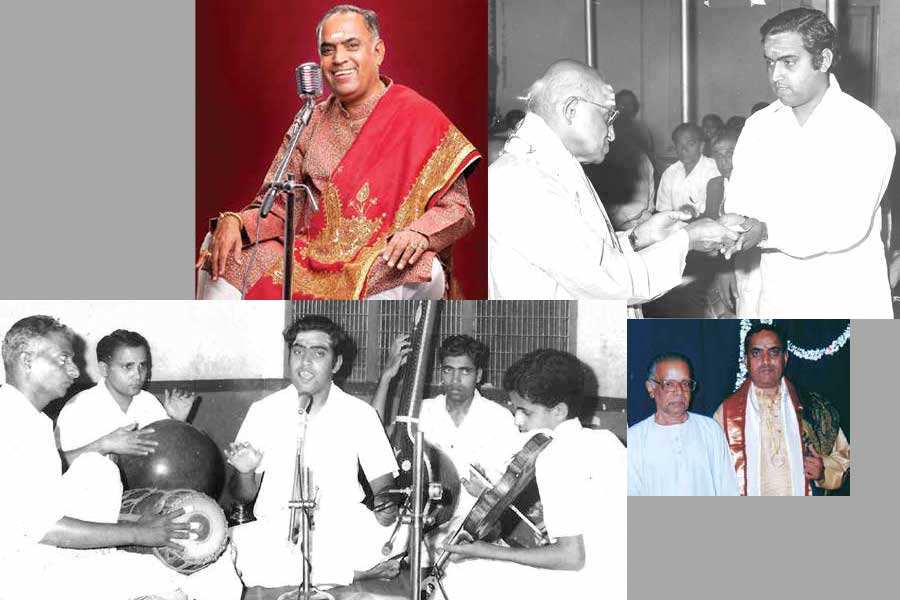 A leading vocalist and teacher

S Shankar is a popular Carnatic vocalist and teacher in Karnataka. With an impressive career of more than five decades, he has carved a niche for himself through his public concerts and the medium of radio and television. A traditionalist to the core, he has admirers across the globe and has imparted training to many students who are acclaimed performers. Endowed with a powerful and pleasing voice, he impresses his listeners with his clear pronunciation of lyrics, with pauses at the appropriate places.

Born on 27 November 1950, in Jog — the famous waterfall town — where his father G.V. Shastry was working with the Mysore State Electricity Board, Shankar started learning music from his mother Rajamma when he was eight, he was also guided by Nagarathna Bai. He later had his advanced training from Vallabham Kalyana Sundaram, sister of Mayuram Viswanatha Sastry, the famous composer.

A long-time resident of Bengaluru, Shankar spent his childhood days in Malleswaram and later shifted to Shankarapuram, both old localities in the city. He fondly remembers many concerts he attended at the Malleswaram Sangeetha Sabha, which paved the way for him to become a performing musician. Listening to the music of stalwarts is also a part of learning, and Shankar acknowledges that the concerts of Ariyakudi Ramanuja Iyengar and Madurai Somasundaram, which he attended there, remain etched in his memory… read more

HOMAGE TO TYAGARAJA IN MYLAPORE