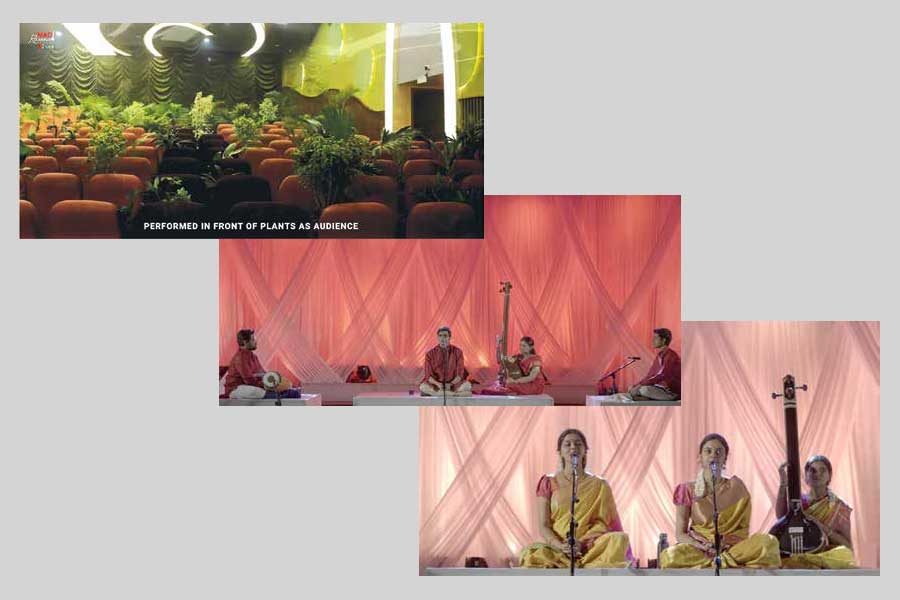 Madrasana Tinge, a five-concert, colour-based festival, was held from 27 to 31 October 2021 in association with IIT Madras Music Club. Each artist was given a colour for interpretation, based on which several unique pieces were presented. Storyteller and painter Vinay Varanasi composed a pallavi exclusively for each concert, roping in various technical details into the few lines of the pallavi. Every concert began with an explanation of each piece and why they were selected, amongst other compositions available.

One of the highlights of this festival was that it did have a live audience, except autotrophs. Being a carbon-neutral event, this is the first time in India that plants have been an audience to a concert. The plants were often showcased in the concert, with the recording being taken from near or behind them.

Apart from the flawless audio, Madrasana has once again excelled in the visual aspect of the concert. Large white drapes hung from the top, lit up by the respective colours, were showcased in each presentation. The dramatic lighting intensified the focus on the colours allotted to the artists… read more