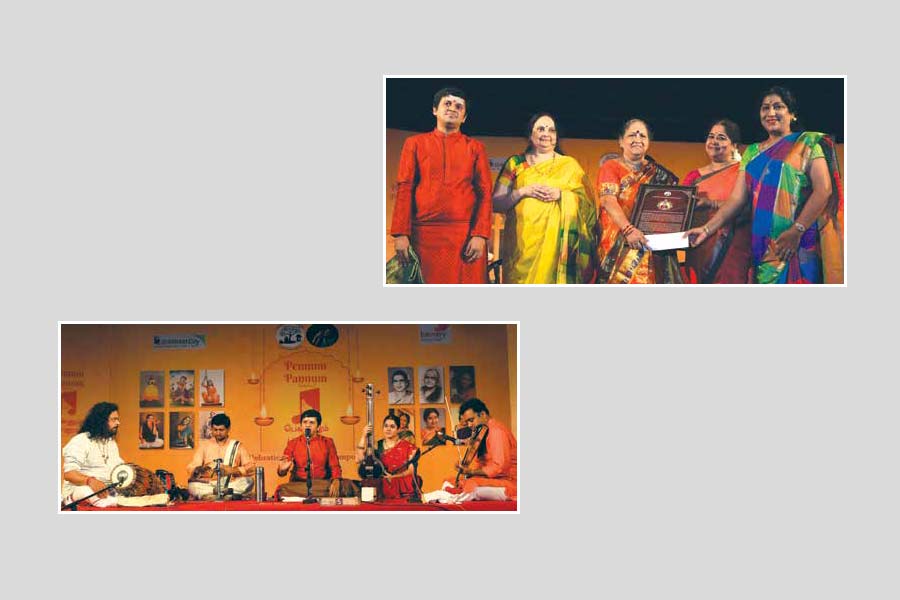 Samuditha Foundation, founded by Carnatic vocalist Saketharaman, with its motto ‘Carnatic music for all’, has found a novel way to meet its objective. Kala Shiksha, the online music school run by the vocalist, provides innovative musical education to urban, suburban and rural children across the country through collaborations with seasoned teachers, who inspire and teach over 250 students, irrespective of caste or religion. The classes include the promotion of talents in various art forms while using Carnatic music as the fulcrum. Samuditha Foundation believes in the transformative power of music and that mentoring and building communities through music champions a positive social change. It conducts an annual event Pennum Pannum — a celebration of women composers, under its auspices where it honours women who have contributed to the fine arts, with the Samuditha Award of Excellence. This year, Sumathi Ramamohan Rao, the veteran mridangam artist, was honoured in the presence of Lalgudi Vijayalakshmi, Narthaki Nataraj, Akhila Srinivasan and Saketharaman. Akhila Srinivasan welcomed the gathering and shared that Shriram Group always associates with art and cultural initiatives. Vidushi Lalgudi Vijayalakshmi heaped praise on the awardee and mentioned that Sumathi Ramamohan Rao was the first lady mridangist to be conferred A Top grade. Dancer Narthaki Nataraj spoke about the need to make Carnatic music as part of the school curriculum. Saketharaman, in his vote of thanks, stated how children, by learning music, also learn cultural values, and that music will forever remain their companion for life. He spoke about abiding by our kalacharam (culture), samatvam (equality) and non-profit motive as the governing tenets of his foundation. He urged the members of the large audience to take their children to as many concerts as possible. The award function was followed by a concert rendered by Saketharaman on seven women composers; he was accompanied by vidwans H.N. Bhaskar, Patri Satish Kumar, B.S. Purushotham and Neyveli Rajalakshmi.

The number of songs composed by women that are sung on stage in a Carnatic concert is very less. There are close to 100 established women composers who have survived the societal barriers through their resilient artistry. Saketharaman’s Pennum Pannum – Season 2 was a celebration of women composers at a grand event conducted at Narada Gana Sabha this year… read more