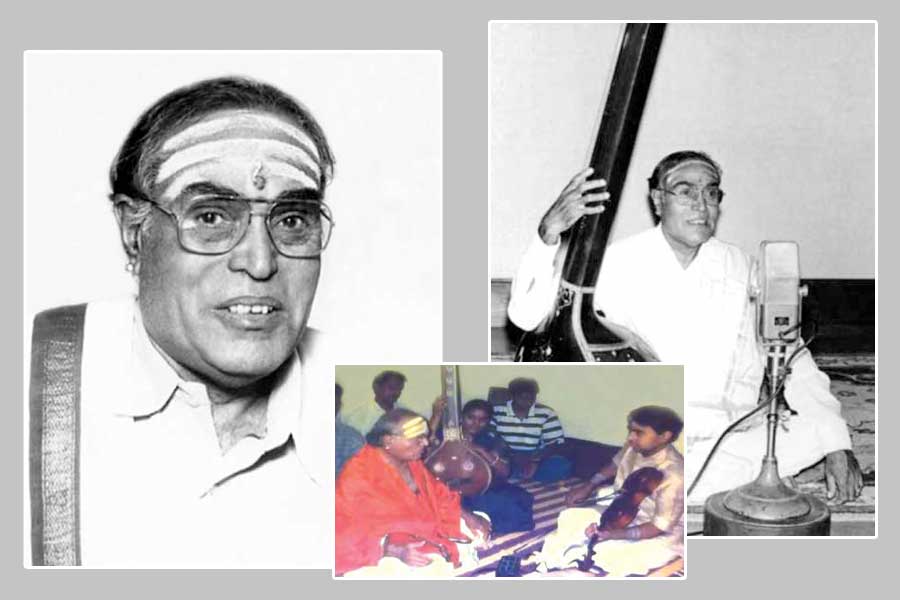 B Rajam Iyer was born in Tiruvona asterism on 13 June 1922 in Patharakudi (near Karaikudi) to Balasubramania Ayyar and Lakshmi Ammal. His ancestors were into Veda adhyayana, and he was the first person in his family to emerge in the field of Carnatic music. He was among the top-ranking scholar musicians in the Carnatic music tradition and could bring out the essence of the raga in the shortest span. He had his initial training till the age of 14 with vidwan Ganapathy Iyer (gotuvadyam and jalatarangam artist) of Kunrakudi till the latter passed away. Young Rajam became the disciple of Ariyakudi Ramanuja Iyengar from 1937 onwards.

In 1947, B. Rajam Iyer took part in the Mysore Dasara celebrations along with his guru Ariyakudi. Soon after, there was a performance under the auspices of the Mylai Sangeetha Sabha in which Justice T.L. Venkatarama Iyer was in the audience. It was Venkatarama Iyer’s wish that B. Rajam should learn Muthuswami Dikshitar’s kritis from him, and after seeking Ariyakudi’s approval, he undertook the same. Some of his masterpieces include – Jambupatey in raga Yamunakalyani, Parimala Ranganatham in Hamir Kalyani, Saundararajam in Brindavana Saranga, and Pasupatiswaram in Subha Pantuvarali.

B. Rajam Iyer was known for his repertoire of the music trinity and for rendering the Tamil compositions of Arunachala Kavi and the Tiruppavai hymns of Andal, which were set to music by his guru Ariyakudi Ramanuja Iyengar. He was highly religious, and his musical rendering of the Navavarana and Navagraha kritis was much appreciated by everyone. His repertoire included kritis of Purandaradasa, Swati Tirunal, and Kavadichindu, apart from padams, javalis, tillanas and other compositions… read more