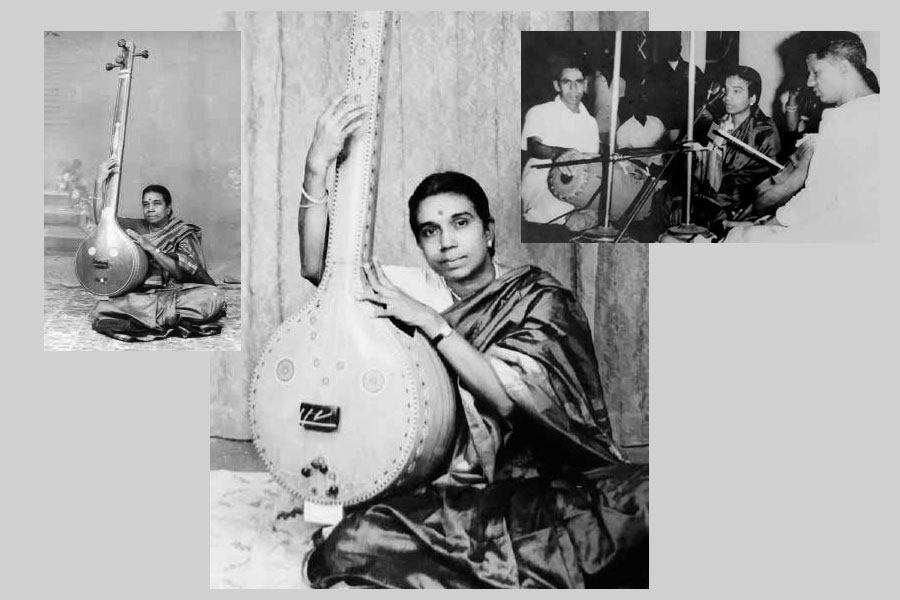 Concert artist and a dedicated teacher

The state of Andhra Pradesh has contributed many musicians of repute to the world of Carnatic music. Revathy Ratnaswamy was one such whose music was steeped in classicism and tradition.

In the passing away of Chittoor Revathy Ratnaswamy, on 21 February 2019 at Hyderabad, after a brief illness, the classical music fraternity in Hyderabad and Andhra Pradesh lost a respected exponent of rich impeccable Carnatic music and a dedicated teacher. Born on 11 February 1936 to Sangita Kalanidhi Chittoor Subramania Pillai, Revathy inherited her father’s musical qualities—be it singing the music trinity’s compositions in rare ragas, the brisk rendering of raga alapanas, kalpana swaram, and adhering to the Kanchipuram Naina Pillai school of music. Born in a large family, young Revathy spent her school days in Mylapore, Madras in the 1940s. Father Chittoor Subramania Pillai As their house was located on South Mada Street close to the Kapaleeswara Temple, she was exposed to the music of many stalwarts who regularly came home and had extended singing sessions with her father late into the night. Long hours spent in sadhakam under the strict supervision of her father, and the privilege of listening to the raga alapana, niraval and kalpana swaram of several great masters, paved the way for her exemplary delineation of manodharma sangeetam. This, in addition to her regular lessons at school, helped her carve a niche as a disciplined artist early in life.

Revathy earnestly learnt music from her father for over 25 years. Her maiden performance was a short solo on stage in Sri Lanka as a child of ten years, which had the audience in raptures, and also won her a gold medal from Jayawardene who later became the president of the country. A few years later, she accompanied her father in a concert held in a mandapam near their house. She went on to win acclaim from some “difficult to please” senior stalwarts of the day, notably T. Swaminatha Pillai, Ariyakudi Ramanuja Iyengar and Chembai Vaidyanatha Bhagavatar. Her first noteworthy solo performance was at the Annamalai University in Chidambaram, Tamil Nadu in 1950, in connection with the PEN conference, in the presence of India’s Prime Minister Jawaharlal Nehru. This was soon followed by many concerts, and in 1952 she performed in the presence of scholars and statesmen like Sarvepalli Radhakrishnan and C.P. Ramaswami Iyer. Revathy soon became an empanelled artist of All India Radio – an A-grade artist. She was a regular performer at AIR where she interacted with great musicians from Andhra Pradesh such as Voleti Venkateswarlu and Nedunuri Krishnamurti. She was admired for her uncanny ability to learn any composition from a senior vidwan at the radio station, notate it, get it approved and sing it immediately in her radio programme with improvisation of sangatis. Her recordings are known for her impeccable rendering of Tyagaraja’s kritis in unusual ragas like Supradeepam and Swarabhooshani… read more

R.A. RAMAMANI – All the world’s her stage

We Stand With You
Scroll to top