You are here: Home1 / Blog2 / Sruti Articles3 / Cyber sabhas and concerts during lockdown 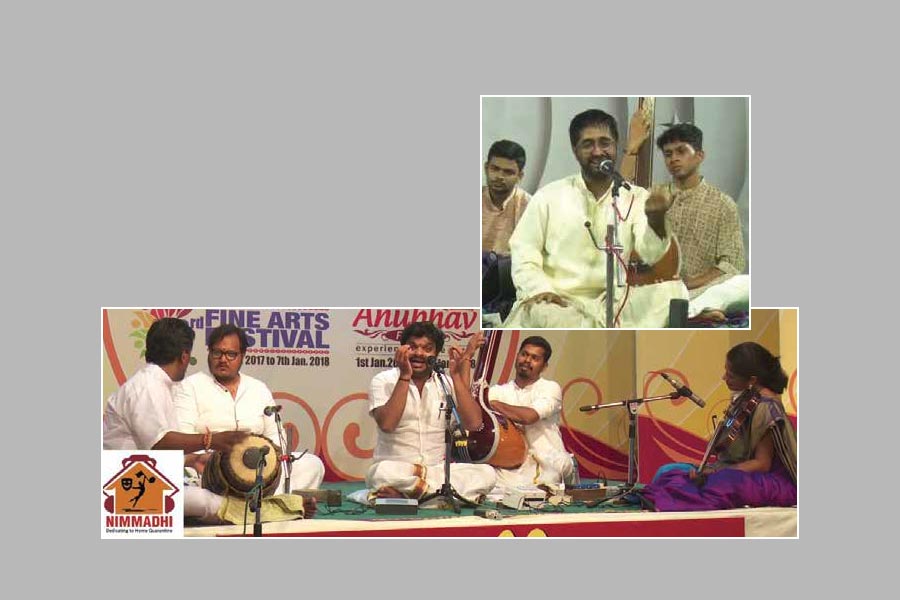 Perhaps there will be a cyber sabha not too far in the future, fully equipped with the musicians and the enrapt audience, a virtual reality et al. — This was the concluding line of one of my articles on music published in December 2000. The phrase “cyber sabha” had been coined by my husband even as early as 1997, when there was a spurt in the number of programmes in the music season in Chennai. The bewildering array left many a music buff in a quandary as to the choice of programmes. In a family of music lovers there were as many preferences as the number of individuals.

Web streaming of programmes have become common in the last decade. But when the lockdown started, this facility gained a new relevance. Full concerts were presented on the web. It was as though the artists had come home to give each one of us private chamber concerts.

YouTube indeed has millions of individual songs and even whole concerts chopped into byte sized songs and scattered randomly for fast consumption. But the total immersion of a complete concert cannot be recreated by listening to odd chunks. Hence the concerts during lockdown came as manna from heaven.

The days and evenings and the nights brought in more programmes and a variety of them in music, dance, drama, talks and discussions. WhatsApp videos became tiresome after ten minutes and the Lilliput universe could not hold my attention. The TV screen was great for music concerts, but the large TV screen was the best for viewing dance or drama. With a small cable to connect the cell phone or the iPad to the TV, the entertainment was wholly satisfying… read more

LOCKDOWN EVENTS – Leveraging social media as a platform for Carnatic ...
Scroll to top