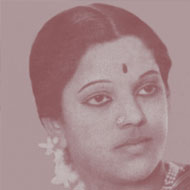 S. RAJAM on N.C. Vasanthakokilam, as told to S. JANAKI.

NC. Vasanthakokilam’s music career was short, but while it lasted, she was one of the topmost women vocalists in Carnatic music. Vasanthakokilam, or NC as she was popularly known, could sing with great felicity. She was gifted with a golden voice which was the envy of many a Carnatic musician. It was a voice with a rich and pleasant timbre, very pliant and malleable (“kambi pol saareeram”) which could accommodate briga-s and fast paced renderings, without any distortions (pisiru) or losing its melodious quality …read more

Brinda-Muktha: Certain Aspects of their Music Pleasant Memories of the Golden Past
Scroll to top