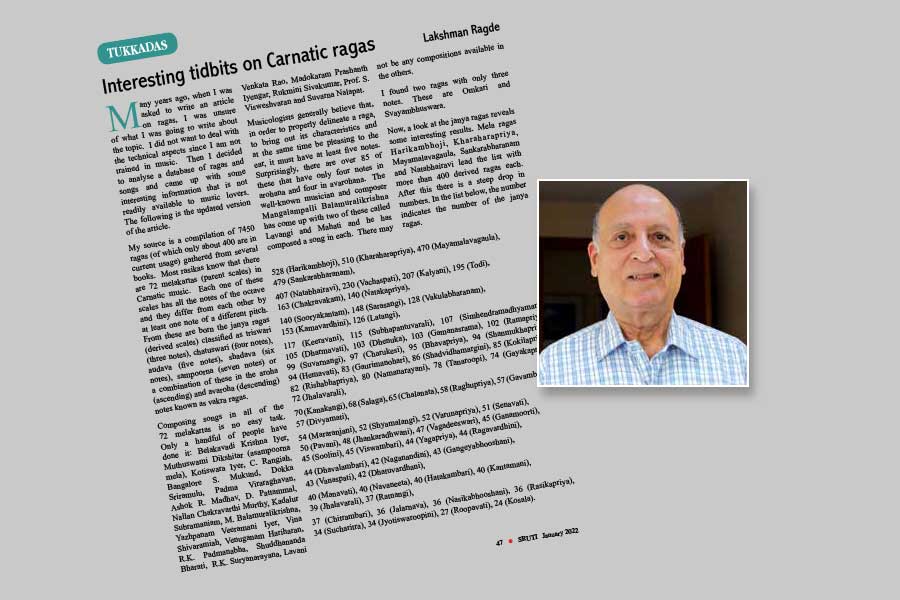 Many years ago, when I was asked to write an article on ragas, I was unsure of what I was going to write about the topic. I did not want to deal with the technical aspects since I am not trained in music. Then I decided to analyse a database of ragas and songs and came up with some interesting information that is not readily available to music lovers. The following is the updated version of the article.

My source is a compilation of 7450 ragas (of which only about 400 are in current usage) gathered from several books. Most rasikas know that there are 72 melakartas (parent scales) in Carnatic music. Each one of these scales has all the notes of the octave and they differ from each other by at least one note of a different pitch. From these are born the janya ragas (derived scales) classified as triswari (three notes), chatuswari (four notes), audava (five notes), shadava (six notes), sampoorna (seven notes) or a combination of these in the aroha (ascending) and avaroha (descending) notes known as vakra ragas.