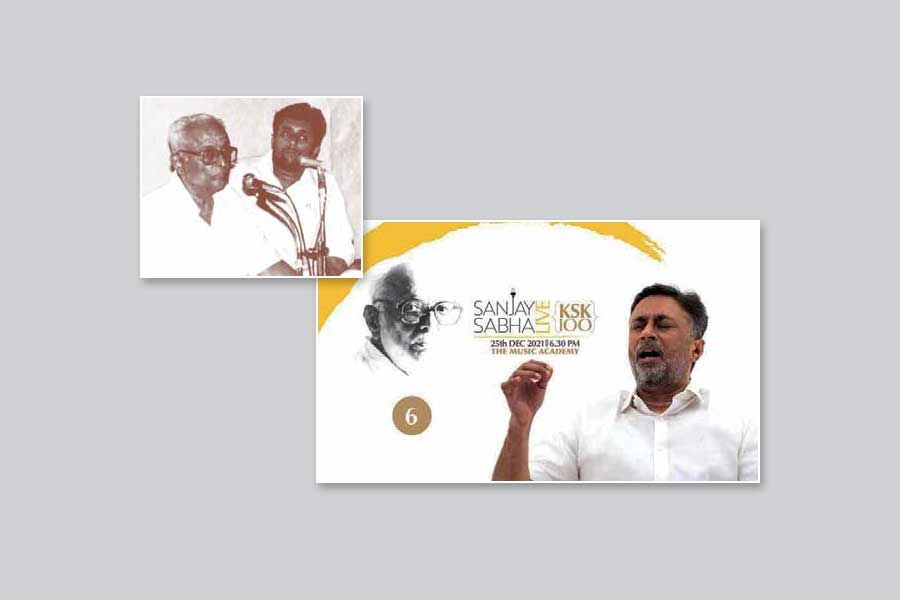 The birth centenary of vidwan Calcutta K.S. Krishnamurti (KSK as he was known to all) occurred on 21 December 2021. To commemorate the occasion, his disciple, Sangita Kalanidhi Sanjay Subrahmanyan put together a series of events, including several posts on his social media channels, culminating with a concert on 25 December 2021, at the Music Academy, Chennai.

The concert itself was carefully put together, and the list of songs selected for the concert by Sanjay showed the affection with which he holds the guru and the musical emotions they shared.

In the blog posts and video snippets that Sanjay put together, what was evident was KSK’s emphasis on the part of the guru on the need for constant innovation. This was highlighted in the guru’s delight in his sishya’s composition of a tillana in Maru Behag. KSK used to stress upon the ever-important need to innovate and find new ways of making music… read more