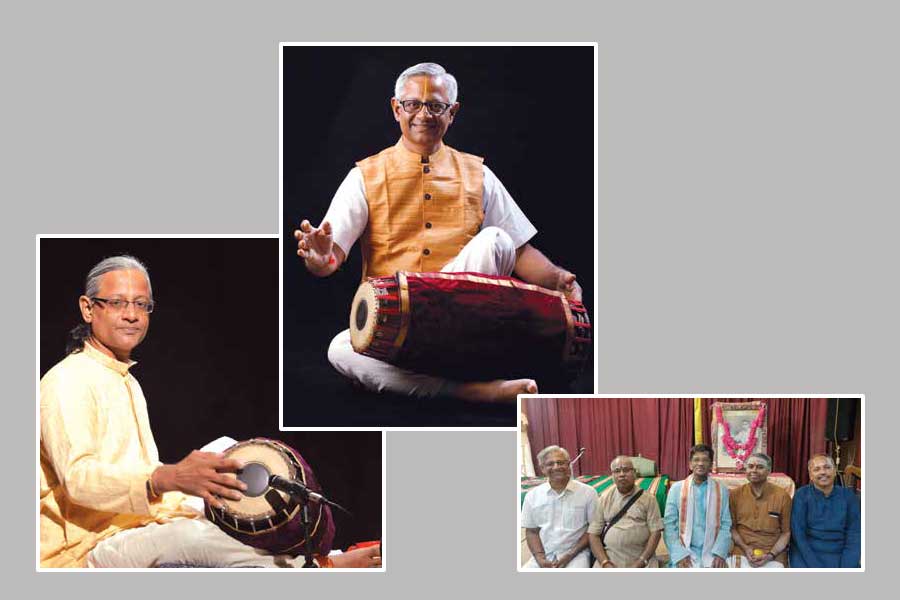 Propelled by passion and practice

As the night crawls in, a mild mridangam sound rises from one of the walls of the Reserve Bank quarters. A sincere banker and an eager percussionist, Mannarkoil Balaji found a way for his passion and creativity within the confines of reality. Born in a family with no musical lineage, Mannarkoil Balaji today, is one of the most sought after mridangists. It was a journey built through the art of perseverance, love for knowledge, and a meaningful contribution in the sphere of mridangam.

Born on 6 October 1965, Balaji’s first tryst with music began at the age of four, when he found a huge fascination towards discarded mud pots. Though the sound of the mud pot for the tender, promising hands was limited, his mother Bhuma Jagannathan identified his interest, which marked the beginning of his musical journey.

His formal tutelage began, at the age of ten, under guru Tanjavur Ramdas, disciple of the renowned Palghat Mani Iyer and later continued with M.N. Kandasamy Pillai, disciple of the legendary Palani Subramania Pillai. Though he initially found this change of percussion school a challenge (Tanjavur to Pudukottai), he later realised that the influence of both schools has vastly shaped his career. And he acknowledges both his gurus with sincere gratitude… read more