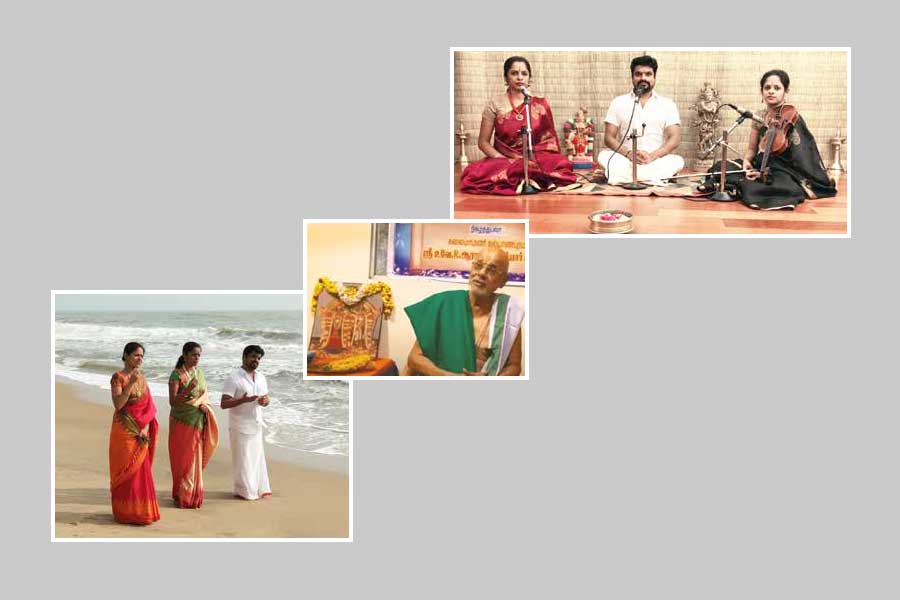 “Among the months I am Margaseersham (Margazhi)”, announced Krishna in the Bhagavad Gita. But Andal appears to have appropriated the month as hers, as the whole scene was agog with Tiruppavai.

Andal came in myriad forms in music, dance and discourse in solo and group presentations. YouTube buzzed with song and dance too numerous to keep track of. There was even a choral singing by film and TV stars like Suhasini Maniratnam, Anu Hasan, Revathi and others with abhinaya by Shobana.

Paramacharya’s vision of spreading Andal’s Tiruppavai through the length and breadth of the country has become a reality through the virtual platform necessitated by the pandemic.

An hour-long discourse on the Tiruppavai of the day by Kalyanapuram Aravamudachariar (as part of Yours Truly Margazhi festival) went into the deeper and wider significance of each word and phrase. Allusions to parallels from pasurams, and other texts, puranas, ithihasas and the Vaishnavite philosophy, available to them. made for a rich experience which offered plenty of food for thought. The meaningful and emotion packed rendering of the song at the commencement by the speaker’s nephew Kalyanapuram Aravind, who is making a mark himself in the world of Carnatic music, set the tone for the talk that followed… read more