You are here: Home1 / Blog2 / Sruti Articles3 / Music as a catalyst to mathematical ability 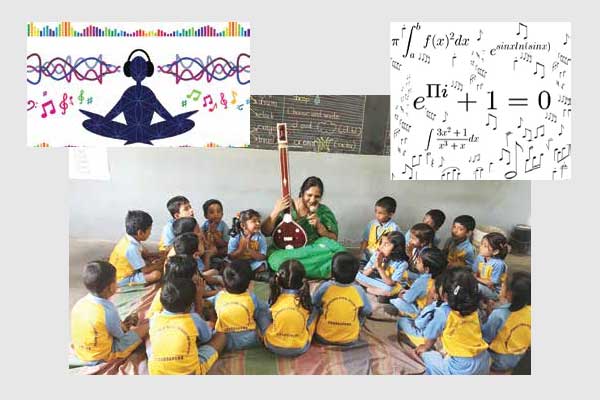 A lot has been written about the relation between mathematics and music. Music training and its impact on the brain—as a catalyst in improving mathematical ability — is intriguing, especially during early childhood. Music is one of the few activities that involves using the whole brain. It is intrinsic to all cultures and can have surprising benefits not only for learning languages, improving memory and focusing attention, but also for physical coordination and development.

Mathematics is woven into the weft and warp of Carnatic music—from the basic lessons to improvised music or manodharma sangeetam. The mathematical activities that happen during the learning of Indian classical music give rise to endless possibilities of simple arithmetic to higher-level pure mathematics such as calculus and hashing algorithms. According to Prof. P. Sambamoorthy, music is an exact science. Mathematical concepts are embedded in every aspect of Carnatic music, beginning from the very scientific classification of the Carnatic raga system, abhyasa ganam, concept of 22 srutis, tala system, and culminating in manodharma sangeetam. A student of mathematics will find herein the practical application of several concepts series, progressions, and formulae of mathematics… read more