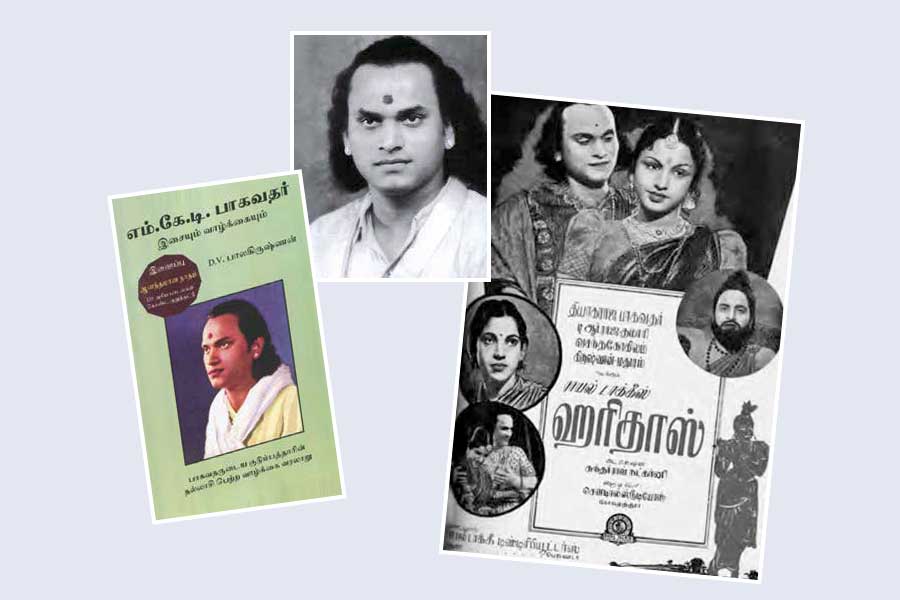 In 2010, Suresh Balakrishnan, son of the author of the book under review, had written a book, Bagavather – His Life and Times, in English. It was reviewed in Sruti 310 (July 2010). D.V. Balakrishnan’s book is not just a Tamil version but has several valuable additional features. Before the first chapter, the author has thoughtfully placed a tribute to Tyagaraja Bhagavatar (MKT)—a ‘super-star’ in an era when the term had not been coined—written by star-actor turned politician M.G. Ramachandran (MGR), whose image continues to influence Tamil Nadu politics to this day. In his essay written with utmost modesty, MGR beautifully captures the ‘magnetic personality’ of MKT.

The first chapter details MKT’s early years starting with his birth in a family of goldsmiths. Although he was initiated into the family’s ancestral profession of goldsmithery, his heart was in music from a very young age, as perhaps it was destined that music should be the ‘golden’ career for him. After undergoing serious training in music from Ponnusami Ayyangar, he entered the field of drama as a boy artist and later rose to become a star in the drama field. He continued further training in music with Alathur Venkatesa Iyer… read more

Unique in many ways

A time to relook and relish the music
Scroll to top