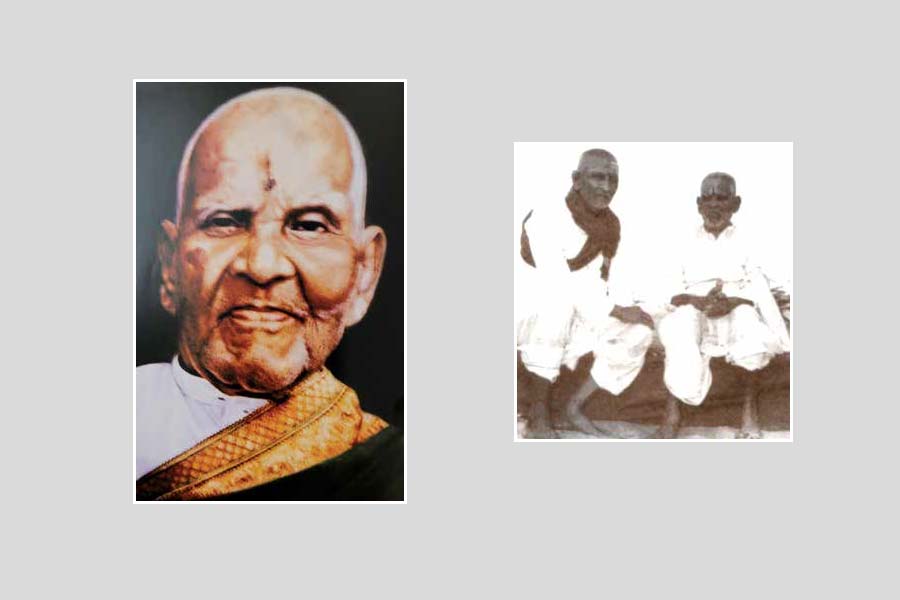 Three generations of ardent connoisseurs of the Kalakshetra Ramayana productions say they feel a thrill when the first lines of the Balakanda of the Ramayana are sung at Kalakshetra’s Sita Swayamvaram in the Ramayana series.

‘When Veena Sambasiva Iyer heard this song, he said to Vasudevacharya, “If only I were a Maharaja, I would present you one crore of rupees for just that composition alone.” So Ramayana began under such tremendous auspices,” Rukmini Devi Arundale wrote in her tribute to Mysore Vasudevachar during his centenary celebrations.

He was 88 years old when Rukmini Devi went to Mysore to invite him to come to Madras to compose me to go because my first duty is to him.” When Rukmini Devi asked him if he would come if the Maharaja allowed him, Vasudevachar said, “Of course, I will come, but even then, I shall consider myself an asthana vidwan of Mysore.”

It was Tiger Varadachariar who had spoken to Rukmini Devi Arundale about Mysore Vasudevachar. She had asked him if there was anyone else besides him who truly represented the music of Patnam Subramania Iyer. He answered that there was only one such sishya, and it was music for the production of the Mysore Vasudevachar… read more