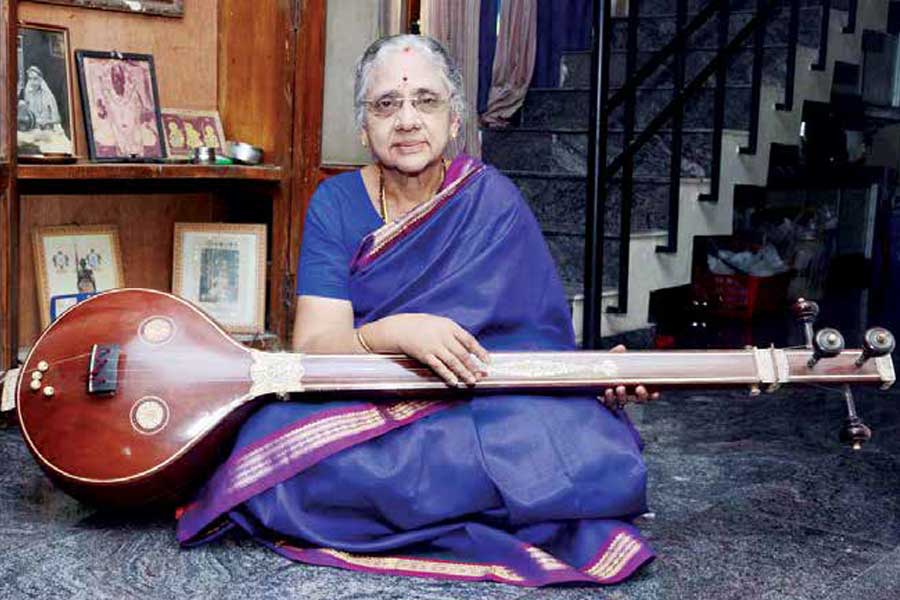 Veteran Carnatic musician Nirmala Sundararajan is in the eighth decade of her life dedicated to the pursuit of music. She had the good fortune of learning from some of the best gurus and blossomed into a mature musician, having had a long stint in the field. She is a repository of rich styles in Carnatic music, and has spent decades in learning and sharing the wealth of music as a performer, lecdem specialist in thematic presentations, and a teacher.

Growing up in an atmosphere filled with music, Nirmala Sundararajan – youngest among eleven children – was born to Rukmini Ammal and Kuppuswami Iyengar on 15 August 1941. Her tutelage in music began at a young age, and it became an inseparable part of her life due to her parents’ passion for Carnatic music. She continued to learn from great vidwans even after marriage took her away from south India.

Nirmala has remained a keen student of music all her life, with passionate interest in both lakshya and lakshana. She received her doctorate in 1995, past the age of fifty. She is an A-Grade artist of All India Radio and has performed widely all over the country and abroad. Her thematic concerts and lecture-demonstrations, many of them with her daughter Subhashini Parthasarathy, are well-known for their depth of content and scholarly presentation… read more

A TREASURE OF KRITIS ON LORD ANJANEYA

TO ‘SIR’, WITH REVERENCE
Scroll to top