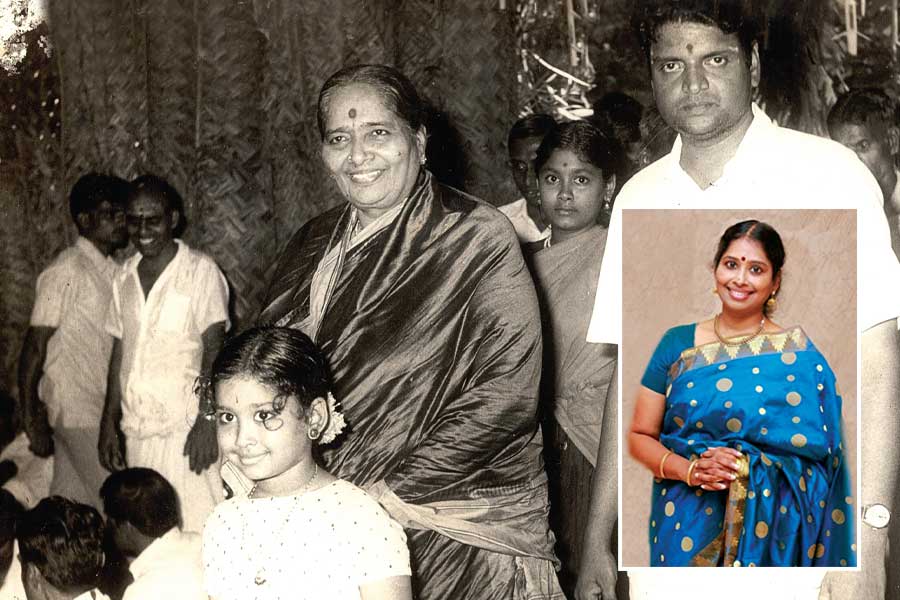 Torchbearer of a weighty legacy

Even before her first formal lesson, a varnam, the young girl had already picked up the corpus of songs that the entire household knew by heart, like Santi nilava vendum, Eppadi paadinaro, Mamava Pattabhirama. The omnipresent melodies flowed into her utterly unconsciously.

Nithyasree Mahadevan was born on 25 August 1973 to I. Sivakumar and Lalitha Sivakumar. A more pedigreed legacy would be hard to find, with her paternal grandmother being the eldest of the female Carnatic triumvirate—D.K. Pattammal, and maternal grandfather being mridangam virtuoso Palghat Mani Iyer. Nithyasree, interestingly, was born in Tiruvaiyaru since Palghat Mani Iyer, at the time of her birth, lived on Pushya Mandapam Street there—the very street Tyagaraja had lived in. Nithyasree explains that Palghat Mani Iyer moved often, living in some 60-70 residences in his lifetime!

She grew up almost entirely in Chennai, with her parents, her elder sister Gayathri, and her grandparents, Iswara Iyer and Pattammal, living right across from them. She studied in Alpha School until 7th Grade and then completed the rest of her schooling at the Ramakrishna Mission’s Sarada Vidyalaya. She did her B.Com from SIET College, and also the first year of her M.Com, musical demands preventing its completion… read more