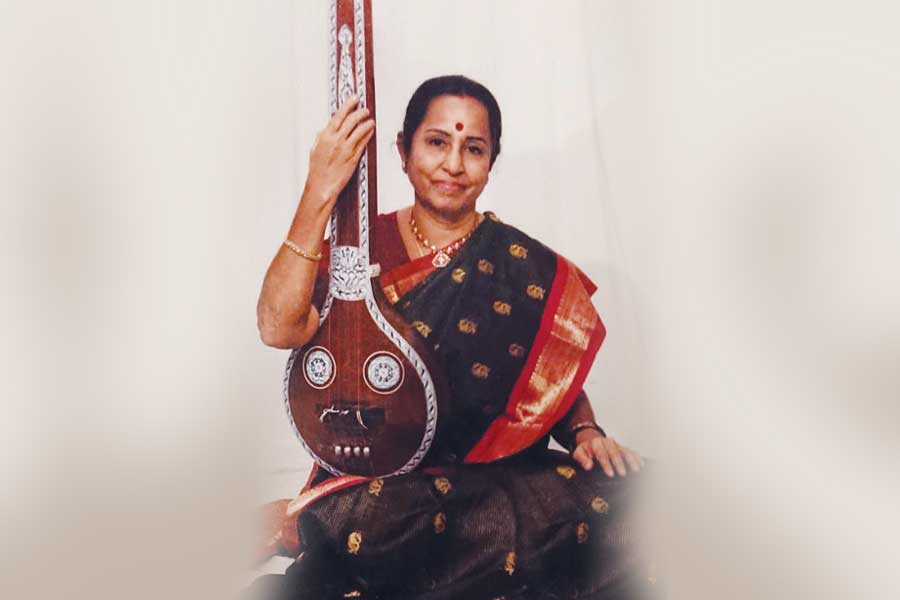 Padma Narayanaswamy, wife of Sangeeta Kalanidhi K.V. Narayanaswamy (KVN) is a distinguished Carnatic musician. She turned 80 in April this year. While much of her life was devoted to her late husband KVN, and she has remained in the background, her musical achievements and contributions as a guru are mostly unknown. Rasikas of today are unaware of musicians who are not on digital platforms and hardly have an opportunity to know about musicians like Padma Narayanaswamy.

Born on 7 April 1942 in Chennai, to Kanakavalli and Narasimhachar, Padma grew up in Secunderabad where Narasimhachar worked for the Nizam Railways. One of ten siblings, Padma was passionate about music from her childhood and was also encouraged by her parents. Her gurus at Secunderabad were Balasubramanyam and T.G. Padmanabhan. Having heard Ariyakudi Ramanuja Iyengar and K.V. Narayanaswamy perform at Secunderabad, Narasimhachar decided to put his daughter under the tutelage of KVN. At the age of about 16, Padma shifted to her grandmother Mangamma’s home in Thodur village near Chennai, to pursue music full time. Padma recalls the sweet music that Mangamma sang every morning as a prayer to Lord Ranganatha in the raga Bauli.

Padma learnt from KVN for two years. In 1962, when KVN was appointed as a lecturer at the Chennai Central Music College, he advised Padma to join the college. She then enrolled for the two-year Sangeeta Vidwan course… read more