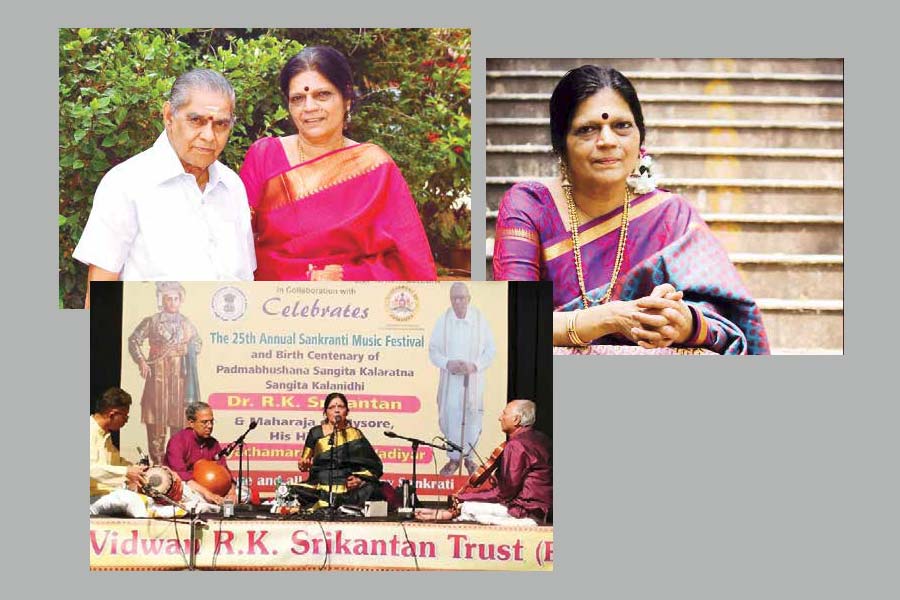 R. A. Ramamani is a multifaceted musician. Singing avadhana pallavis, providing dizzying vocals for Indo-Jazz bands, composing for jazz and fusion, running a music school, training scores of students in India and abroad in Carnatic music – she has done it all. This versatile artist turned seventy on 2 March 2020.

Ramamani grew up in a conservative family in Bengaluru and was raised on a staple of Sanskrit, Tiruppavai, slokas and Carnatic lessons. At around the age of five, she joined her elder sister Chingamani in her music classes with Srinivas Ramachandra Rao. A student of Selvapillai Iyengar, Rao was a conscientious teacher and taught them music for an hour or more every evening for almost ten years. As their singing skills grew, he advised them to continue their lessons with Bellary Seshagiri Achar.

Ramamani started performing when she was eleven years old, along with her sister and brother R.A. Rajagopal who was a percussionist. She also learnt to play the mridangam from M.L. Veerabhadraiah at Bengaluru University. Seshagiri Achar was one of the famous singing duo ‘Bellary Brothers’ (the other one being Venkateshachar). He was a master of manodharma and was-known for his expansive raga alapana. Under his guidance, Ramamani entered a world of abundant creativity. She often gave concerts with her sister. When she joined college, Anoor Ramakrishna guided her in the intellectual elements of music such as ‘kanakku’ and ‘graha bhedam’. In the late 1980s, she started learning from R.K. Srikantan, who had a very different style and insisted on teaching her rare compositions… read more