Registration is limited to the first 50 attendees.

(1.5 hours followed by discussion and QA with participants)

All proceeds from this event go to She’s The First – promoting gender equality through education. 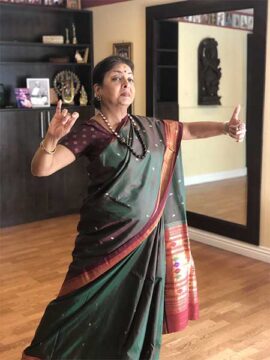 Moving to the US, I quickly became aware of how privileged we were as a community. Add to that the freedom to pursue my passion. Acknowledgement of that spurred me to ‘pay it forward’ thru dance. Since 1992, the 10th anniversary of my school, Arpana, our annual productions and tours have benefited charities world-wide, raising over $100000.

This past year, Covid driven creativity gave me the opportunity to reach across the globe and share the gift I received from my legendary guru Smt. Kalanidhi Narayanan. Abhinaya Deconstruct serves to expand the horizon of keen dance ‘students’ while simultaneously supporting a worthy cause.

‘Abhinaya Deconstruct’ – 2 hr session
I will use a composition to de construct and re construct using principles and processes developed over the decades. The intention being not just to teach a piece but provide the participant with the tools to create or enhance their own pieces. What I bring to the workshop is my very close association with Kanthu mami, nearly 40 years of teaching and, a unique perspective framed by my life of performing and teaching in the United States.

Ramya Harishankar is the artistic director of the Arpana Dance Company (ADC), a premier school of Bharata Natyam in California. She is a senior disciple of and carries the legacy of legendary gurus, Sri. Swamimalai Rajaratnam and Smt. Kalanidhi Narayanan. Her solo career spanning more than four decades has taken her all over the world – performing extensively in India, Asia, Europe, Australia and N America. At her school, she has taught several hundred students spanning 3 generations. 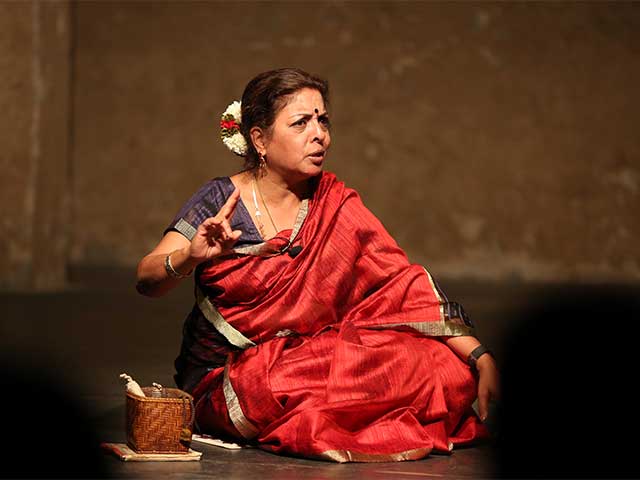 In 2012, she was awarded the Kala Seva Bharathi award by Bharat Kalachar, India for her contribution to Indian arts abroad. In 2007, the 25th anniversary of Arpana was recognized with several citations/awards from the State Senate, County of Los Angeles and cities and organizations in Southern California, as well as the Helene Modjeska Cultural Legacy award from Arts OC, the countywide arts organization in Orange County. More recently, Harishankar has been sharing online sessions on the intricacies of abhinaya with teachers and keen students of dance, both nationally and internationally.

ADC has performed extensively in the US, Europe, India and Japan with many of the productions and performances in aid of charities worldwide. The ADC and Harishankar are recipients of prestigious grants from the California Arts Council, Alliance for California Traditional Arts and she is a 2 time National Endowment of the Arts’ Choreographic Fellow. As an artist on Segerstrom Performing Arts Center‘s Arts Teach roster, she has been sharing her art with school children all over S. California since 1989. 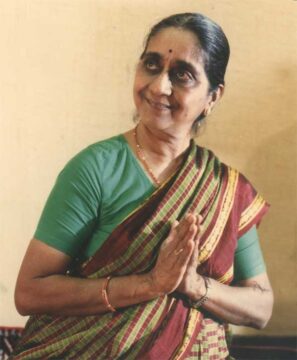 Kalanidhi Narayanan (7 December 1928 – 21 February 2016), the legendary abhinaya guru’s legacy is the re introduction of ‘padams & javalis’ to the Bharata Natyam repertoire and making it available to scores of young dancers.

One of the early non-hereditary women to learn the dance form and perform it on stage in the 1930s and 1940s, Ms. Narayanan stepped out at the age of sixteen on her mother’s passing and she was married into a conservative family. She returned to dance in 1973, starting the second phase of her career after a gap of 30 years teaching and establishing herself as a notable teacher of abhinaya. She was awarded the Padma Bhushan Award, India’s third-highest civilian honour (1985), the Sangeet Natak Akademi Award (1990) and the Kalidas Samman (1998). She was also conferred Sangeet Natak Akademi Tagore Ratna for Dance (2011). Mami, as she was called by all who knew her, revolutionized the approach to abhinaya and was much sought after. Students and senior artists of various classical styles in India and abroad trained with her to learn and enrich their art.

Our vision is a world where every girl chooses her own future.

All over the world, girls are treated as second to the boys. That’s why we put girls first.

Too often, girls are denied an education, told who and when to marry, and blocked from leadership. Educated and respected girls are the exception, not the norm.

We believe that local organizations are best positioned to serve girls in their communities, yet they are significantly under-resourced. That’s why we exist:

She’s the First teams up with women-led, grassroots organizations to make sure girls globally are educated, respected, and heard. 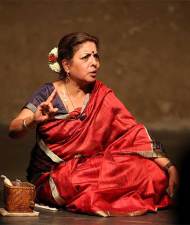 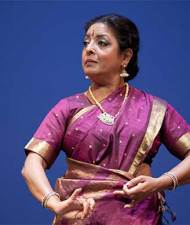 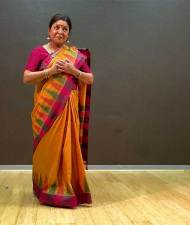 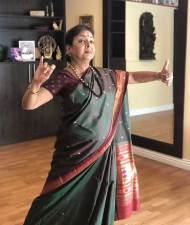 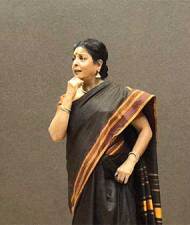 RasAnubhava – a garland of emotions