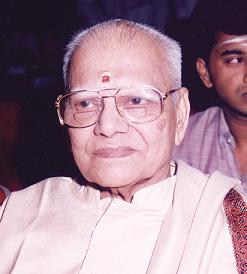 Sangita Kalanidhi Palghat K.V. Naryanaswamy’s death anniversary was observed on 1 April. Of the music of this extraordinary disciple of Ariyakudi Ramanuja Iyengar, it could be said without fear of contradiction that it was loved by musicians and rasikas alike. Here is a brief recollection of KVN’s life in music.

Shanta and Dhananjayan
Scroll to top