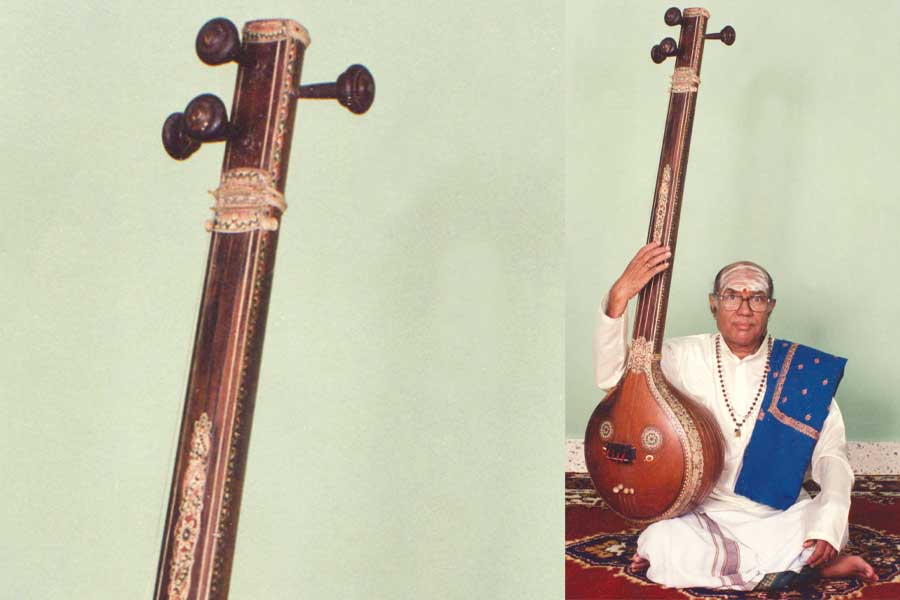 It was a Vijayadasami day in 1983. My Sanskrit Professor C.S. Sundaram took me to the home of vidwan B. Krishnamoorthy—fondly addressed as BK Sir — (hereafter BK) as he wished me to learn Dikshitar kritis from BK. I am grateful to Professor Sundaram, who was my well-wisher and supportive of my music career.

I was studying B.A. Music at the University of Madras, and had never met BK Sir prior to this meeting. My emotions were varied — combining anxiety and excitement as my musical background was limited. However, I could reproduce complex phrases or sangatis in Carnatic and film music. Professor Sundaram and I entered BK Sir’s home. He invited us into the hall, and asked me about my sruti which was “rendu kattai” (D sruti). He was hesitant to raise his C sruti tambura to D, so he told me to sing a song in C pitch. I sang Saketa nagaranatha in Harikambhoji, which I had learnt from vidushi K.R. Lakshmi, a splendid vocalist and a faculty member at the music department, University of Madras. I gauged from his expression that he was happy with my rendition. He accepted me as a student and said he would teach me in C sruti, but he advised me to practice in D pitch. After teaching me a couple of slokas on Ganesa and Saraswati, he taught me Dikshitar’s evergreen kriti, Sri Saraswati in Arabhi. I felt blessed to listen to exquisite music from a refined musician, and I cherished every moment in his class.

BK Sir was a kind and warm person, but I would restrain myself from having a conversation during or after lessons due to mere respect, and I maintained that throughout my learning years. Besides singing, I would listen and only answer his questions. However, Sir shared a lot of information about his musical training from his gurus, mentors, and childhood musical activities when he lived in Padarakudi… read more