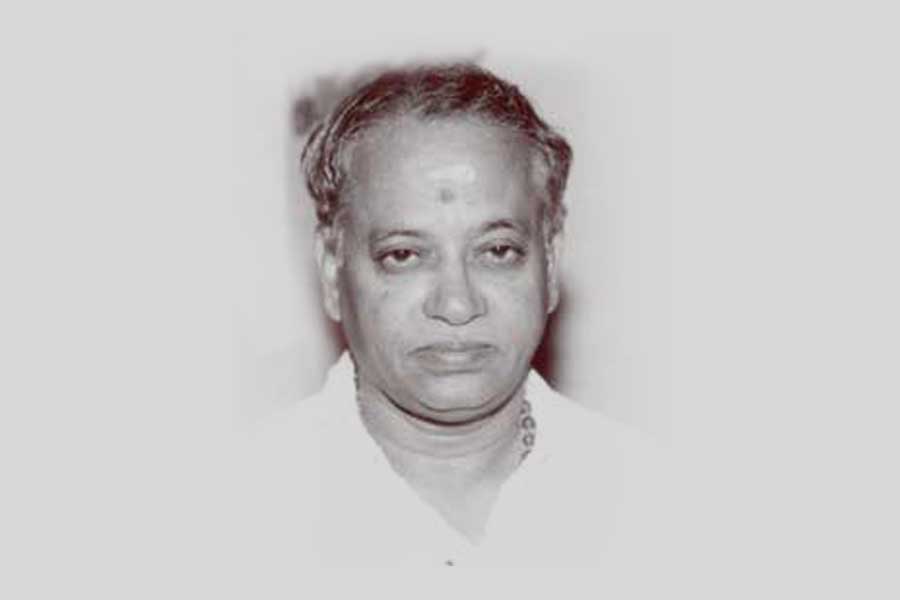 Veteran violinist Sikkil R. Bhaskaran passed away on 20 July 2021. Dedicated exclusively to accompaniment, the artists he shared the stage with straddle generations and read like a who’s who of Carnatic music – from Maharajapuram Viswanatha Iyer, K.B. Sundarambal and M.M. Dandapani Desigar to Sikkil Mala Chandrasekhar, N. Vijay Siva and Palghat Ramprasad. He is known, along with his contemporary, Tanjavur Upendran, for bringing to light numerous rising talents, Mandolin U. Shrinivas being particularly noteworthy, and encouraging other stalwarts to play for these youngsters. Bhaskaran had the distinction of having played for as many as three successive generations of multiple musical families and several august lineages.

Bhaskaran was born on 4 May 1936 in the town of Sikkil (located between Tiruvarur and Nagapattinam) to Rajagopalan and Vedavalli, in an Isai Vellalar Pillai family, a community involved in music for generations. Bhaskaran lost his father, a military man, at around age four. His mother, younger brother and he were then financially supported by Bhaskaran’s grandfather, Sikkil Ramasamy Pillai, who was a noted nattuvanar in Bharatanatyam. While watching the natya sevai on a visit to the Sikkil temple, Prof. P. Sambamoorthy developed an acquaintance with Ramasamy Pillai whose teaching style he liked and suggested that Pillai join Triveni Kala Sangam in Delhi. In 1960, Ramasamy Pillai did so. He later received the Central Sangeet Natak Akademi Puraskar in 1972, along with Begum Akhtar and T. Mukta among others.

Little Bhaskaran was studying in the local primary school in Sikkil, when representatives from the Shakti Nataka Sabha, then a new theatre company based in Pudukkottai, came scouting for indigent but talented children who could dance and sing. Bhaskaran was selected after he sang a song of M.K. Tyagaraja Bhagavatar. Thanks to his grandfather, Bhaskaran was also familiar with dance. Given their financial circumstances, Bhaskaran’s mother allowed the company to take her son, when they promised food, upkeep, training and even a small stipend. Ramasamy Pillai’s affiliation with the sabha, probably made the decision easier. Bhaskaran was barely 9 or 10 then and in 4th or 5th grade. That was the end of formal schooling for him. At Shakti Nataka Sabha, he was taught the Tamil and Sanskrit languages in addition to music, dance (for which Ramasamy Pillai was the instructor) and acting. Some famous alumni of that sabha were Sivaji Ganesan, M.N. Nambiar, S.V. Subbiah and S.A. Natarajan. Bhaskaran remembered a play named Kaveen Kanavu where Sivaji Ganesan carried him in his arms while delivering the dialogue—Bhaskaran played the part of a child called Sumathi. He donned many such roles—as young Rama and young Muruga. He reminisced that, on the day India achieved Independence, he, along with others from the sabha, were lodged at Varada Muthiappan Street in Georgetown, and they were all taken in a car to see Chennai city… read more

A TREASURE OF KRITIS ON LORD ANJANEYA
Scroll to top