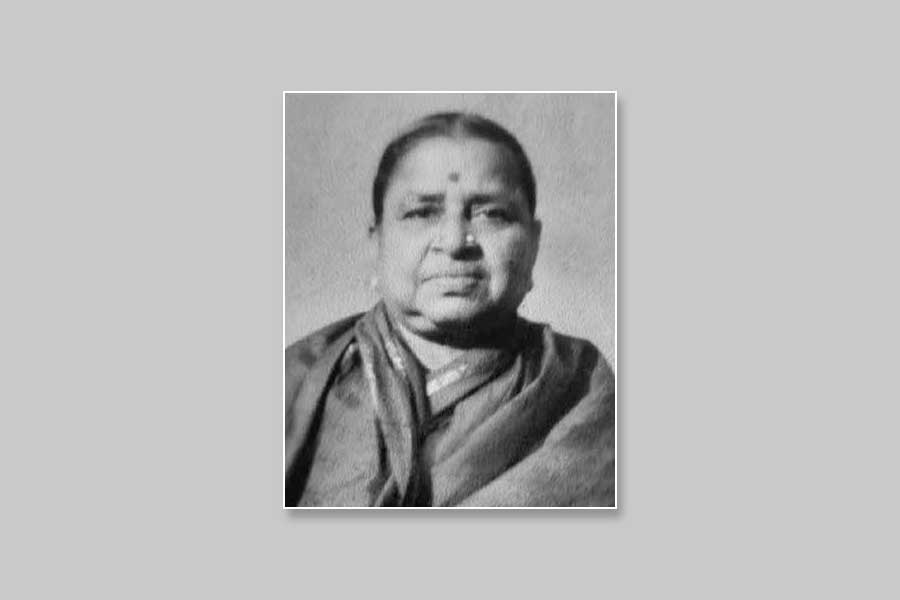 Carnatic music composers from the pre-trinity period to the current times have very often made their literary outpourings out of their devotion to God and passion towards music. Among the women composers, Andal, Karaikkal Ammaiyar, contemporary composers like D. Pattammal, Ambujam Krishna, Kalyani Varadarajan, Suguna Purushothaman and a few others have made significant contributions to the wealth of Carnatic music. But it is a bitter truth that their compositions have not received due patronage from contemporary musicians and sangeeta rasikas. Only a few compositions have made it successfully to the concert platform and caught the attention of rasikas.

Sundaravalli Ammal was a simple homemaker who was not formally trained in music or literature. Because of divine blessings, she composed songs on the deities she visited and wrote them in a notebook. Sundaravalli was born in 1906 in Kuzhumani village in Tiruchirapalli district. After her marriage to school teacher K. Rajam Iyengar, at the age of fourteen, the couple lived in many places like Srivilliputtur, Vellore, Srirangam, Nellore, Madurai and Coimbatore. Besides her household chores and managing her family of six children, she found time and inspiration to pen her outpourings which came to her spontaneously only because of her divinity and simplicity. She breathed her last in 1980. Her grandchildren later located her notebook of songs and decided to publish and popularise them.

The songs in Tamil, marked by simplicity, extol the glory of various gods. In a few songs, Sundaravalli Ammal has indicated the name of the raga, but most of them do not contain any indication of specific raga or tala. The compositions of Sundaravalli Ammal need to be publicised and propagated… read more