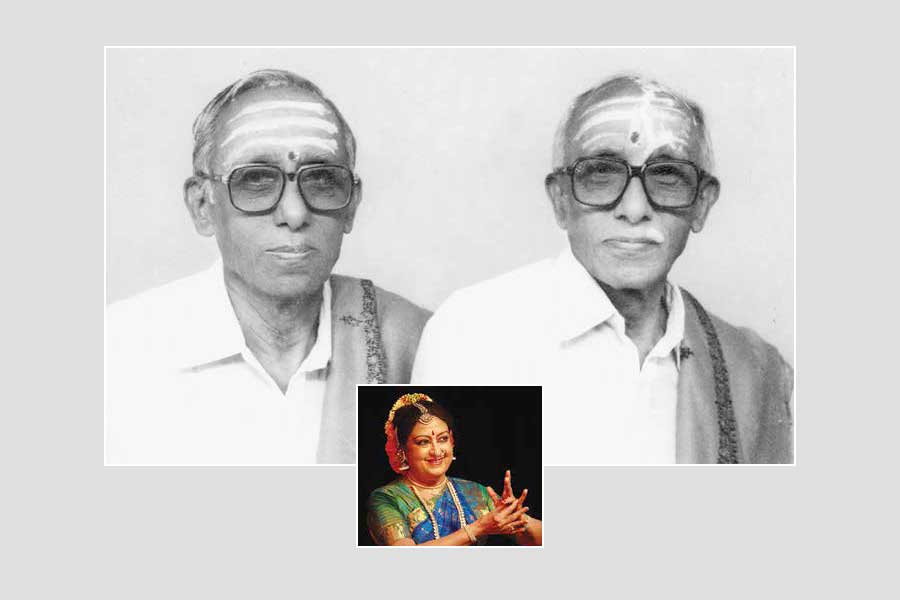 When we are gratefully celebrating the birth centenary of vidwans B.V. Raman and B.V. Lakshmanan, I join the host of their fortunate disciples in paying my humble pranams to them. I was privileged to be a student of B.V. Lakshmanan for about five years when I was doing my B.A., followed by two years of Masters in Music. When I was in the final year of B.A., my mother Meenakshi Subrahmanyam (who was herself a vainika and a composer) and my elder sister, Neela Krishnamurthi (who was regularly giving Carnatic vocal concerts) wanted me to have special classes with Lakshmanan Sir, to enable me to cope up with singing raga and kalpanaswaram. I was very fussy and choosy about my music teacher. The fact was that in those days, I was more interested in Hindi film music, Rabindra Sangeet, bhajans, ashtapadis and collection of light songs in all Indian languages. Whenever the great music director Salil Choudhry was in Madras, I used to learn from him. Those were days when I was not interested in singing Carnatic music, though my parents thought that I had a very good voice with what they would call ‘kelvi gnanam’—a sense for singing through the osmosis of constant listening. On the first day of my lesson with Lakshmanan Sir, I requested him to teach me bhajans. I had heard my classmate Thulasi Menon singing the ashtapadi Yamihe, in Odissi style, taught to her by Lakshmanan Sir. He understood my interests and had his own way of drawing me towards Carnatic music. He started interspersing the syllabus with lilting light music – devotional songs. The pattern that he followed was, one kriti followed by a Hindi bhajan. That drew me into the regular curriculum. I am ever thankful for that parental care.

My mother told him that more than singing ragam-tanam-pallavi for my examinations, she was keen that I must learn the Navavarana kritis and the Navagraha kritis of Muthuswami Dikshitar, all the five Pancharatna kritis of Tyagaraja and all the swarajatis of Syama Sastry, which she thought will ever be part of my prayer. I was fortunate to learn all that and much more. Sir also taught me some of the tunes he had composed for Tamil classical literature. He composed music for the sloka, Shambhu Natanam, for me to dance. He also composed the Hamir Kalyani tillana which I choreographed and taught to my disciples. Lakshmanan Sir learnt some of my mother’s compositions and even sang them in his kutcheris. He was particularly fond of my mother’s kriti in Dwijavanti raga… read more

Sow a seed of music
Scroll to top