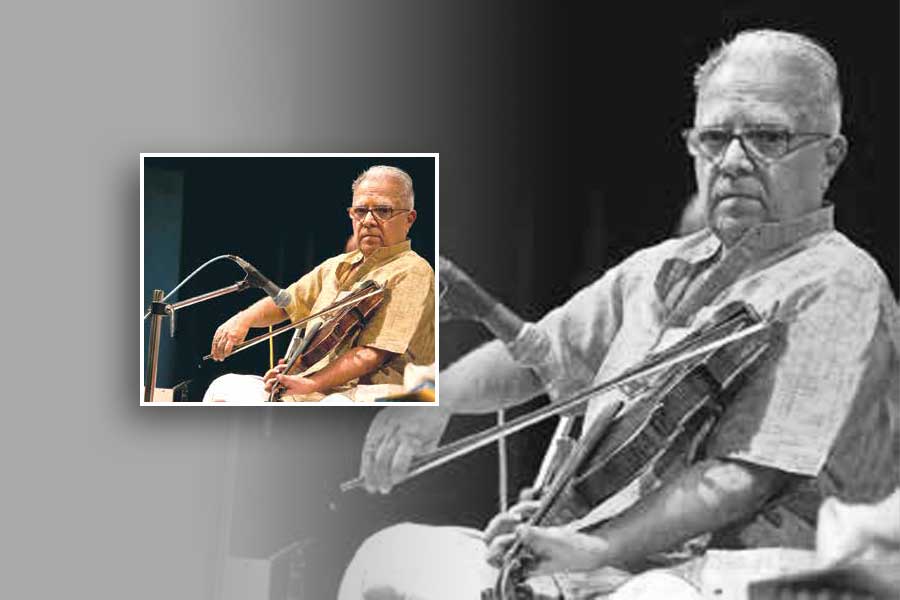 On the occasion of the first death anniversary of violin maestro T.N. Krishnan who passed away on 2 November 2020, his disciple C. Seethapathy shares his memories of his guru.

In January 1981, just after my guru was awarded the Sangita Kalanidhi, my tutelage under him commenced. He used to drop his son Sriram—at Vidya Mandir school, Mylapore – in his Fiat car. My mother would walk me to school and I, as an eight-year-old, used to watch him in awe. Every time I saw the car pull up at the school’s gates, I would tug at my mother’s saree, insisting on learning the violin under him. Little did I realise that later on, I would be playing the violin in the School Orchestra with Sriram!

Although Sir had accompanied Ariyakudi T. Ramanuja Iyengar in my family’s wedding concerts in the 1950s and 1960s and was familiar with my paternal grandfather, it was only through the late Dr. S. Jagadeesan, a close friend of my father and our next door neighbour, that the relationship was renewed. Jagadeesan was the physician-friend for many musicians and prominent members of the music circle, including Sir, Papanasam Sivan, Flute T.R. Mahalingam, S. Balachandar, Chitti Babu, N. Ramani, Tanjavur Upendran, Guruvayur Dorai, the Sikkil Sisters and S.Y. Krishnaswamy (ICS). Thanks to him, my guru agreed to teach me and took me under his wing. Much later, sitting in Dr. S. Jagadeesan’s verandah, my guru once referred to me as his “prathama sishyan” – a high compliment indeed from a guru.

The most important and striking facet of Sir’s music was his absolute adherence to sruti. His outright ‘sruti suddham’ came equally from the strings of the violin as it did from the bow. It was in his left hand—fingering on the violin, in as much as it was in his right hand—the bowing technique. His right hand had a strong yet flexible grip on the bow. He had a divine and majestic command over the bow and the violin. How else could a person play such wonderfully melodious music while accompanying M.D. Ramanathan (whose sruti was below ½ kattai), Flute T.R. Mahalingam (whose sruti was 5 kattai), and anything in between, contemporaneously! The effect was always a mesmerising experience for the audience… read more