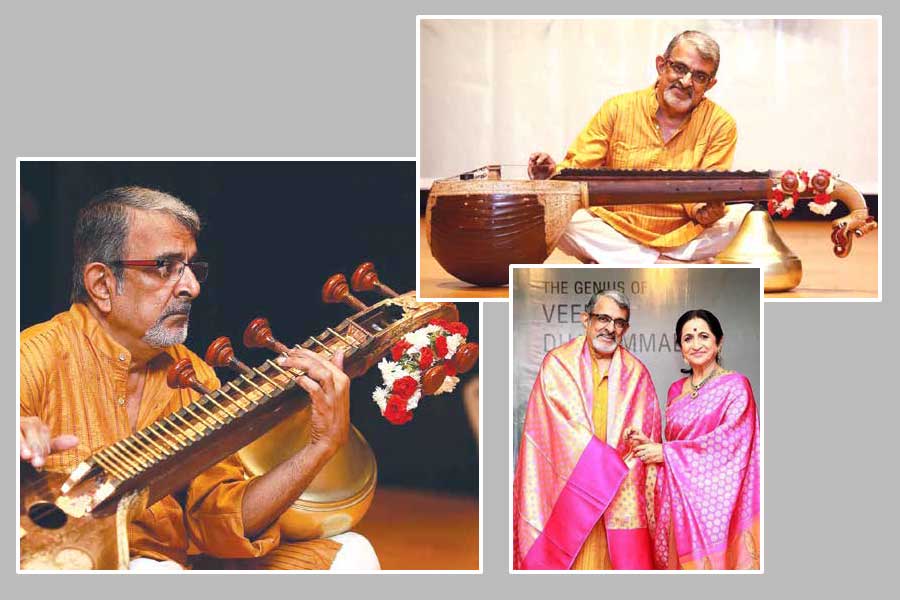 Passionate about music and linguistics

When K.G. Vijayakrishnan retired from The English and Foreign Languages University, Hyderabad, as a linguistics professor, in 2017, he wanted to devote all his time, attention, and love to music, taking a permanent break from linguistics.

And music truly was the first, and arguably the most serious, love of his life. Right from his childhood, Vijayakrishnan was not drawn to anything as much as he was, to music. He started learning veena from his mother Karpagavalli Gopalakrishnan, a disciple of Rangaramanuja Iyengar—the notable vainika from the Dhanammal bani. Being an astute learner, Vijayakrishnan grasped the formidable Veena Dhanammal technique and style of veena-playing swiftly and gave his maiden concert when he was barely nine years old. Though he was exposed to the music of the maestros of the 20th century like Ariyakudi Ramanuja Iyengar, Semmangudi Srinivasa Iyer, and M.S. Subbulakshmi, right from his childhood, his ultimate muse was Veena Dhanammal. She was no different from Goddess Saraswati to him… read more