You are here: Home1 / Blog2 / Sruti Articles3 / Unique in many ways 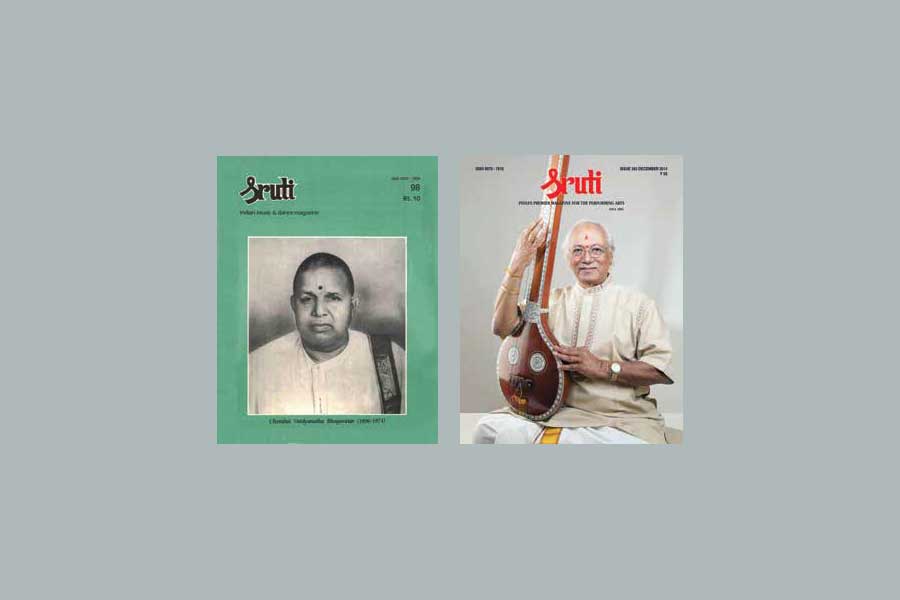 It is a special feeling to know that the famed Sruti magazine has completed over three decades of classic, critically creative, and ultimately contributory existence in the Mecca of Indian classical arts – Chennai! Sruti has completed 37 years and is marching forward fearlessly!

I have known its founder, Pattabhi Raman, a cultural fanatic and die hard purist from the time when he came to my house with Ustad Hafiz Ahmed Khan—an eminent Hindustani vocalist, who spent a lot of time seriously learning Carnatic vocal and even performed a few kritis with great success. It was the pre-Sruti days. Later, Pattabhi Raman conceived the Sruti idea. With its success after the hard work done by him and his loyal team, he was known only as Sruti Pattabhi Raman!

I am proud to say that this magazine is the most authentic literary, and has helped in the rise of the south Indian classical arts into the top rung at the global level… read more

Music of M.K. Tyagaraja Bhagavatar in films
Scroll to top