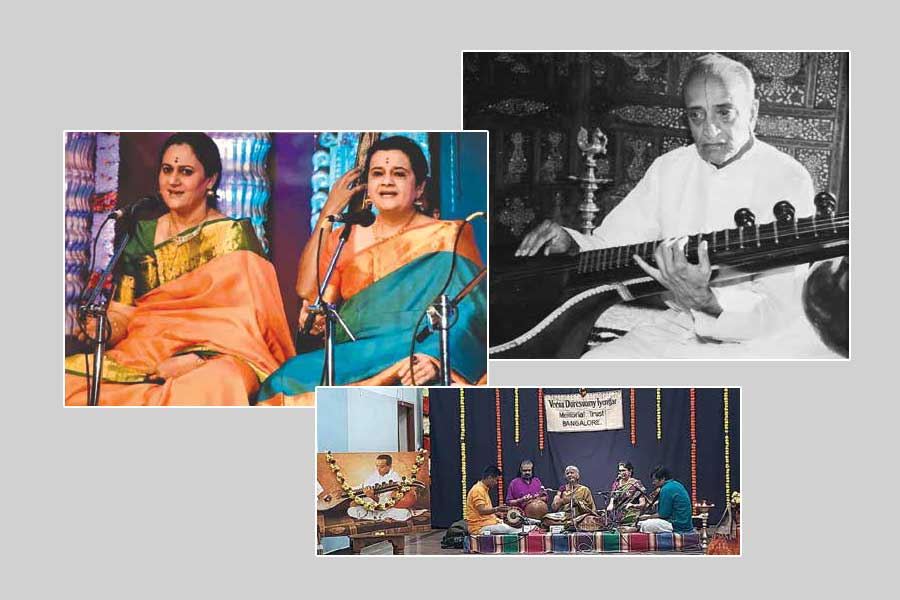 As part of International Women’s Day celebrations, ‘Veena’ Doreswamy Iyengar Memorial Trust had organised a three-day music festival 6 to 8 March in Bengaluru, featuring eminent women vocalists. The festival was inaugurated by the Jeeyar of the Yathiraj Mutt, who also extended his blessings to the festival by providing use of the auditorium.

Veena maestro Mysore V. Doreswamy Iyengar was a child prodigy and disciple of asthana vidwan Venkatagiriappa. Doreswamy began his career at the young age of 13 as an asthana vidwan in the court of Krishnaraja Wodeyar IV. For over six decades he enthralled music lovers with his mellifluous veena music in the Mysore style. Recipient of numerous titles and awards including the Sangita Kalanidhi from the Madras Music Academy, and the honorific of Padma Bhushan, his name has become synonymous with the veena.

The trust which launched the birth centenary celebrations of the maestro in March 2020, had to call off the year-long festival because of the Covid pandemic. Earlier this year, the celebrations were launched again from 6 to 8 March 2021. Vidushis R.A. Ramamani, M.S. Sheela, Nagamani Srinath, T.S. Satyavathi, Saralaya Sisters (Kavita and Triveni) and Hamsini Nagendra sang in the festival which was also streamed online. The concerts were not only a delightful experience for music lovers, the festival also brought out the best in each artist, after a long break of one year. Another noteworthy feature was that all the artists presented songs of eminent poets of Karnataka, whose works were set to music by Doreswamy Iyengar. Needless to say, that the festival acquired dignity with the Jeeyar Swamiji presiding over each concert… read more