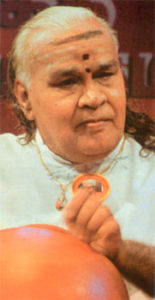 The preparation for next year’s Wimbledon tennis tourney starts even before the completion of this year’s championships. Advance planning and consultations are always helpful. It is not too early now to think of the Music Academy’s choice of the next Sangeeta Kalanidhi. The President of the Academy should not fight shy of a public debate on the issue as his institution has achieved a unique place in the music and dance world and he has himself pioneered new ideas.

It is typical of the class-conscious and caste-ridden Hindu society to have used the concepts of upper and lower places in status in the field of music and dance also. For a long time women singers were considered an inferior species not fit to sing ragamtanam- pallavi until D.K. Pattammal came …read more