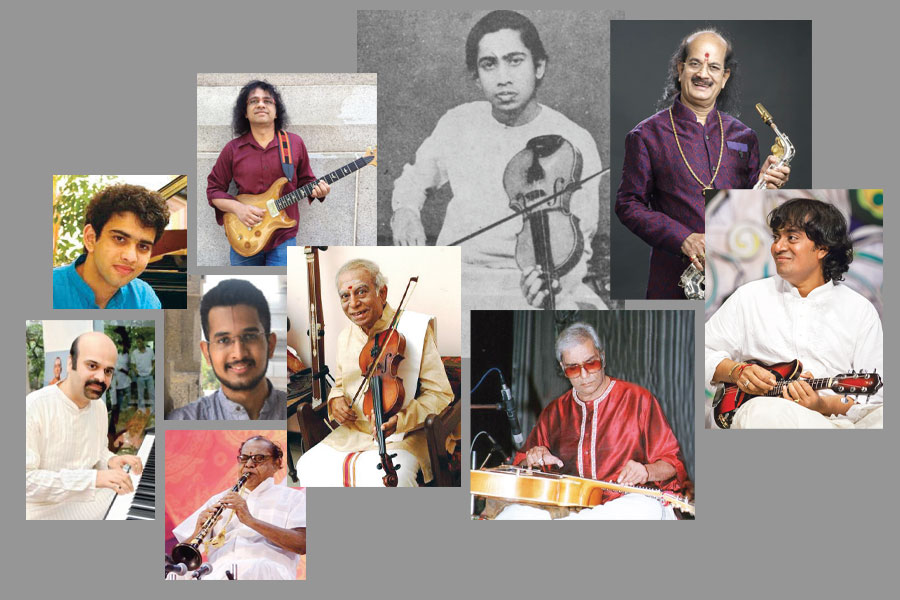 The classical music of the West has influenced our musical culture, although it may not have done so in ways and on a scale easily comprehensible to us. The four broad areas in which the Western influence manifests itself are: (1) the two systems of classical music namely, Hindustani and Carnatic, (2) film and light music (sugam sangeet), (3) commercial TV advertising and (4) music education.

The influence of Western classical music on Hindustani music does not seem to extend significantly beyond the harmonium—an instrument of European origin. The harmonium, due to its inherent limitations (inability to play srutis or micro-tones and meend or glissando) has failed to earn the wholehearted acceptance of purists in the Indian classical music fraternity. (The 22-sruti harmonium developed by Dr. Vidyadhar Oak of Mumbai has removed this limitation to a considerable extent). Today the harmonium is easily the most popular accompanying instrument in India among singers of Hindustani classical as well as light music.

On the other hand, more Western instruments have been adapted in Carnatic music. The violin emerged long ago as the most preferred instrument for accompaniment as well as for solo recitals. Baluswami Dikshitar (1786-1858), brother of Muthuswami Dikshitar, trained by a foreign tutor, was among the first Indian musicians to play the violin. Today, it is hard to imagine a Carnatic music recital without this instrument. Most significantly, for their style and technique, Lalgudi G. Jayaraman and L. Shankar—brilliant violin virtuosi from the south—received encomiums from one of the greatest violinists of the last century Yehudi Menuhin (Menuhin and Shankar cut an album together)… read more

THE MAHA MELARAGAMALIKA
Scroll to top