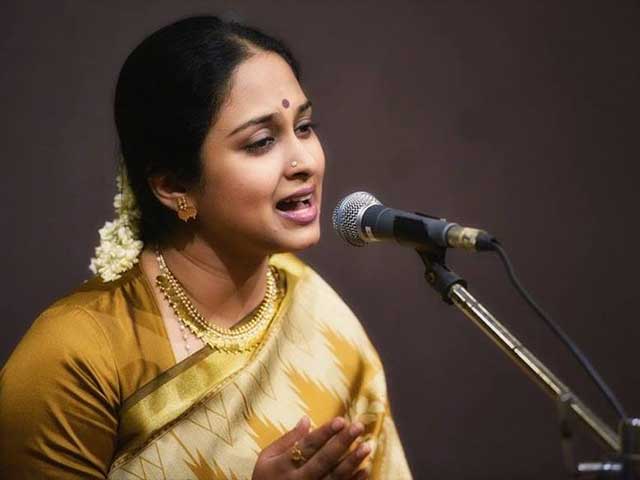 Ananya Ashok is a Carnatic vocalist who is now training with Sangita Kalanidhi Madurai TN Seshagopalan. She initially trained with the violinist Set Anuradha Sridhar, the daughter and disciple of Lalgudi Srimathi Brahmanandam. With the guidance of her gurus, Ananya has performed in major venues in India and abroad. He has been featured in Doordarshan and Podhigai TV.

An A-graded artist of All India Radio, Ananya has also studied Hindustani vocal music from the violinist Set. Kala Ramnath. Ananya is an accomplished vainika and is a graded artist in Veena at All India Radio Chennai. She is a recipient of the ACTA music fellowship instituted by the state of California for Veena study. 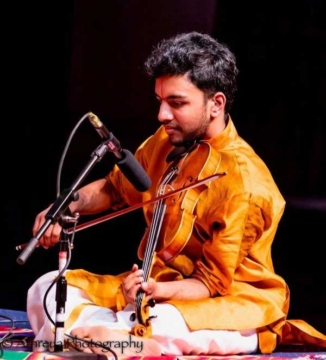 Kamalakiran Vinjamuri started learning from his grand-father, Sri. Parthasarathy Iyengar. Then he had some training from Smt. Malladi Vijayalakshmi. His father Sri.Subhash Vinjamuri, started teaching him the violin at the age of 7. He has been under the tutelage of Sangeethakalanidhi A. Kanyakumari for the past 14 years. Kamalakiran has won several prizes in different music competitions, both in India as well as in the US. In December 2010 and 2013 music seasons, Kamalakiran got the Best Performer Award from Sri Parthasarathy Swami Sabha, Chennai. Kamalakiran was awarded the Lalgudi G Jayaraman Award, as best violinist in the 2014 Gokulashtami Series in Krishna Gana Sabha. Kamalakiran has been performing in all major venues in India and the US since 2009, including the Kennedy Center. In the 2014 Spirit of Youth series, and the 2016 and 2017 Music Seasons, Kamalakiran was selected as the best violinist in the prestigious Music Academy in Chennai. He has been accompanying several leading artists. He has also given solo concerts across the US, India, and most recently completed a tour of Europe. Vinod Seetharaman is among the most accomplished and sought after first generation Carnatic percussionists in the United States. His Mridangam performances have won him wide appreciation from audiences. His training in Mridangam started at the age of seven from Shri. Ardhanareeswaran, and he continues his advanced training from Bangalore Shri. Arjun Kumar and Shri. Umayalpuram Sivaraman. The purity and sophistication of Vinod’s mridangam training has enabled him to not only accompany an astonishing variety of musicians, but also given him the freedom to innovate and create meaningfully. Vinod has shared the stage with at least four generations of Carnatic musicians that includes Dr. M Balamuralikrishna, T N Seshagopalan, Dr. N Ramani, Chitravina Ravikiran, Neyveli Santhanagopalan Abhishek Raghuram, etc. Vinod is passionate about keeping up the purity of his traditional legacy even in collaborative ventures. He has composed and arranged the rhythm for many percussion ensembles. He is a popular teacher, and his students are regular features in music festivals and competitions. His vision is to work with a variety of musicians and propagate Indian percussion to diverse audiences across the globe.

A DANCE WORKSHOP WITH KAVITA THIRUMALAI
Scroll to top