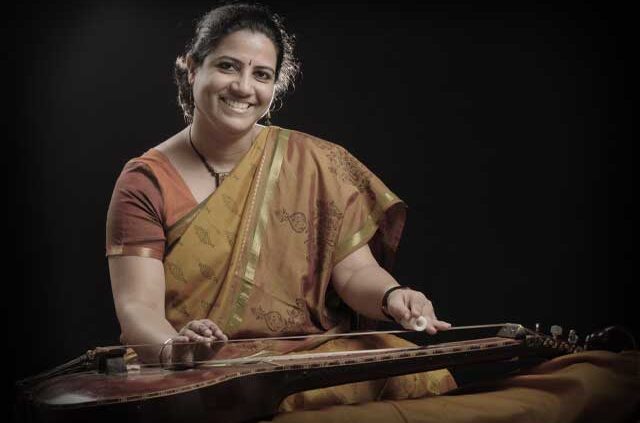 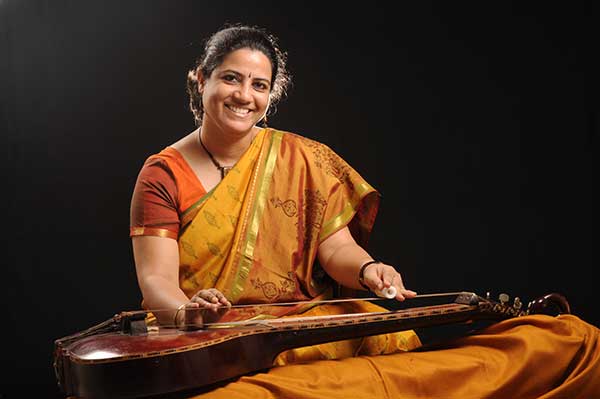 Bhargavi Balasubramanian, a disciple of Sangeet Samraat Chitravina N Ravikiran is a very talented and proficient vocalist & instrumentalist – a rare combination that only a handful of artistes passionately pursue and excel as performing professionals. She has performed numerous solo vocal & chitravina concerts for several organizations in India, USA, Canada and the Middle East and collaborative concerts with many reputed musicians. Bhargavi has also had the privilege of performing for senior dancers such as Pt Birju Maharaj, C V Chandrashekar, Guru Rhadha, Bragha Bessell and Sujata Mohapatra. She has also performed along with her Guru Shri Ravikiran in several reputed venues across the world and been featured in special shows for the national networks of France and Greece. Bhargavi is a graded artiste of All India Radio in both vocal & chitravina and has been recognised and honoured with titles such as ‘Sathya Sunada Sundaram’ by the Bharatanjali Trust, ‘Isai Arasi’, by Trinity Fine Arts and “T S Balakrishna Sastrigal Award for Excellence in the field of music”.
Scroll to top