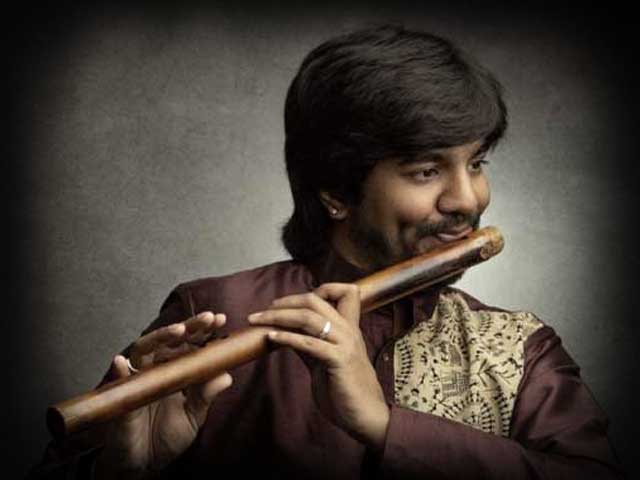 JAYANTH is one of the most promising flutists in the Carnatic music arena. A Prodigy driven by divine in-born talent and bubbling enthusiasm in bamboo flute, he was naturally drawn into the tutelage and blessings of his grandfather, noted flutist Sri. T. S. Sankaran(disciple of Mali) in a traditional guru-sishya parampara since the age of five.He started his journey with learning vocal music from his grandmother late Smt.V.S.SUNDARI at the age of four. Jayanth gave his first solo flute concert at an age of seven. His ability to play RTP in three speeds surprised the senior accompanists and the audience on this occasion. He has been awarded ‘A’ grade by AIR, Chennai,2013. He has to his credit over 900 solo flute concerts in India and Abroad. He has a refined fingering and blowing technique allowing him to switch over to the BASS and DOUBLE BASS flutes with ease to cover lower octaves, which is a hallmark in his recitals. Jayanth naturally demonstrates depth and closeness to the lyrical aspect of a composition, given that he belongs to the pioneering school of Legendary Flute MALI. His spontaneity, perfect pitching coupled with expressive and bhava laden rendering has won him appreciation from his co-artists and music connoisseurs. 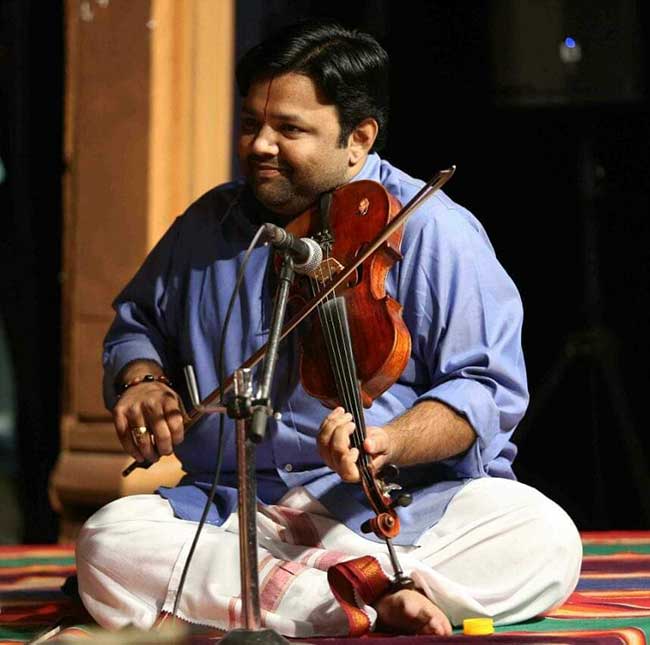 B. Anantha Krishnan is blessed to hail from a family of reputed musicians. He is the grandson and disciple of renowned violin Vidhwan, Late V.K. Venkata Ramanujam Iyengar and son of Dr. V.Balaji, Professor Faculty of Performing Arts, BHU. Anantha Krishnan has had advance training from the well-known violin Vidhwan Sri S. Varadarajan.

He has had the honor of accompanying a wide variety of artistes across the spectrum, including super seniors such as Dr. M. Balamurali Krishna, Sri. Nedunuri Krishnamurthy, Sri. T.V. Gopalakrishnan, Sri. T.N. Sesha Gopalan, Sri. T.V.Sankara Narayanan, Sri. O.S. Thyagarajan, Smt.Aruna Sairam, Smt. Visaka Hari, Priya Sisters. He has toured all over the world including places such as Germany, Belgium, USA, Australia, Dubai, Singapore, etc. 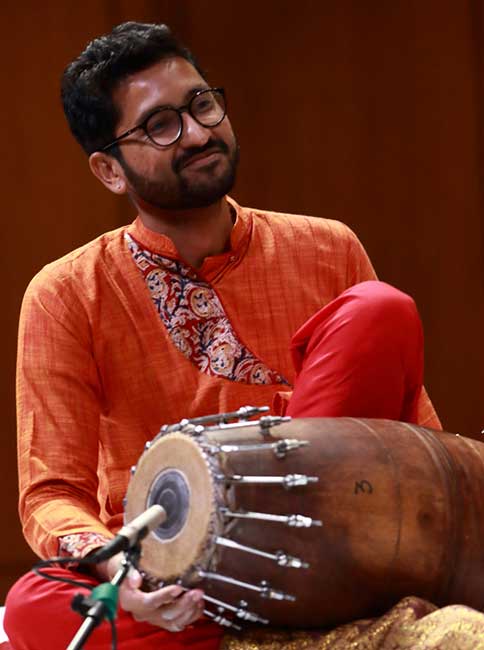 Akshay Anantapadmanabhan is a leading reputed mridangam artist known for his innovative approach of spreading Indian rhythm through the world. A prime disciple of the legendary guru, Sri. T.H. Subash Chandran, Akshay has performed with the past and present leading names of Carnatic music: Sri RK Srikantan, Smt. Sudha Raghunathan, Smt. Aruna Sairam, Sri. Unnikrishnan, Sri. TM Krishna and Smt. Ranjani & Smt. Gayatri to name a few. Akshay began his journey on the mridangam under the tutelage of Sri T.S. Nandakumar in Mumbai India. He later learned from Dr. Venkat Natarajan, who introduced Akshay to Guru Subash Chandran, which was the beginning of a two-decade long relationship. After completing his Masters in Engineering in New York City, Akshay moved to India to pursue music fulltime in 2012. Akshay has also given collaborative performances with Hindustani, Latin jazz, American jazz and rock musicians in unique showcases of South Indian percussion. His latest solo production: ‘Re-imagining Indian Rhythms’ pushes the boundaries of Indian rhythms in an avant-garde approach, brining together the mridangam, kanjira, konnakol and bharathanatyam with digital loopers and visual graphics. Akshay is also a core member of the viral Indian Classical fusion bands ‘The Thayir Sadam Project’ and ‘Carnatic 2.0 Reloaded.’ Akshay has also published several academic papers on the mridangam and Indian rhythms in international music technology journals. He continues to work on research collaborations on generative approaches of Carnatic rhythms with NYU Abu Dhabi. Akshay is the recipient of many awards including the ‘Best Mridangist’ award from the Music Academy Madras, Maharajapuram Youth Excellence Award, C.S. Murugaboopathy award from Krishna Gana Sabha, 2015 North America Young Musician Award and many others. He is also an educator of Carnatic percussion, teaching both classical and multigenre musicians.
Website: www.AkshayLaya.com
Youtube: www.YouTube.com/AkshayLaya

The Song of the Tambura
Scroll to top