You are here: Home / EVENTS / Past Events / Kalpavriksha; celebrating nature with Carnatic Music

Vocalist Bharathi Ramasubban shares her thoughts and examples of a variety of compositions where the composers have used nature for themes and ideas in their compositions. There is an 80-minute video – available from Wednesday evening to Sunday morning.

Please watch this video before the Zoom discussion with the artist at 1 PM.

The Video will be available here for viewing from 5 PM Wednesday July 7th to 11 AM Sunday July 11th (EDT). 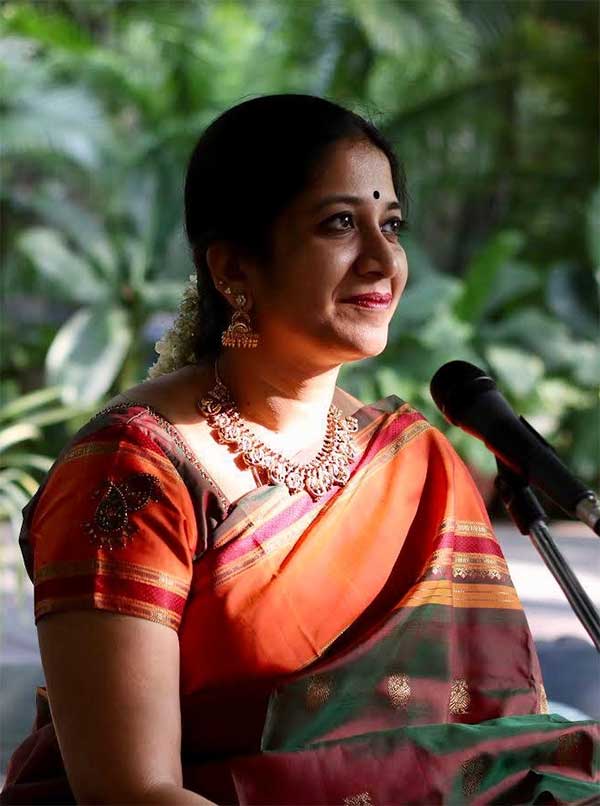 Bharathi Ramasubban is a nextgen musician. Bharathi’s music has been honed by the veteran musician Padma Bhushan awardee, Vidvan Sri P S Narayanaswamy. Her music resonates with the grandeur of the Semmangudi bani and is rooted in tradition. Bharathi also has the good fortune to learn from Vidvan Sri R K Shriramkumar. Her focus on highlighting the sahitya (lyric) through the sangita (music) reaffirms her conviction that they are not mutually exclusive. Endowed with a blend of a mellifluous voice, a sharp intellect, and focus on aesthetics, her performances are marked by erudition and emotion.

Bharathi is an A-grade artiste of the All India Radio (AIR), Chennai. She has performed at several venues all over India and abroad. She is the recipient of a number fo awards including the Kalki Krishnamurthy Memorial Award for 2017,
Outstanding Vocalist Award from the Music Academy Madras for her performance during the December Music Season 2016.
Isai Arasi (2012) & MS Subbulakshmi Centenary Award (2015) from Trinity Arts Festival
Sri Yagnaraman Endowment Prize for the Best rendition of Muthuswami Dikshitar Kritis (2012)
Best Female Vocalist Award at the Music Academy, Madras’s Spirit of Youth festival (2007)
Central Government Scholarship from CCRT, New Delhi for Classical vocal music (1996-2004).

Bharathi was an active member of the Youth Association for Classical Music (YACM), an organisation started by like-minded young musicians to promote Carnatic classical music amongst the youth and to inspire and educate the audiences about the art form. She was the editor of Dhwani, the newsletter of the YACM. Bharathi is also passionate about Samskrta literature, heritage, temple history and travel. She has authored articles on Samskrta drama, its origins and ancient dramatists for Sruti, one of India’s premier magazines for the performing arts. Bharathi is a gold medallist in her Bachelors in Chemistry from Stella Maris College, Chennai. She holds a Masters degree in Biotechnological Law & Ethics from the School of Law, University of Sheffield, Sheffield, UK. 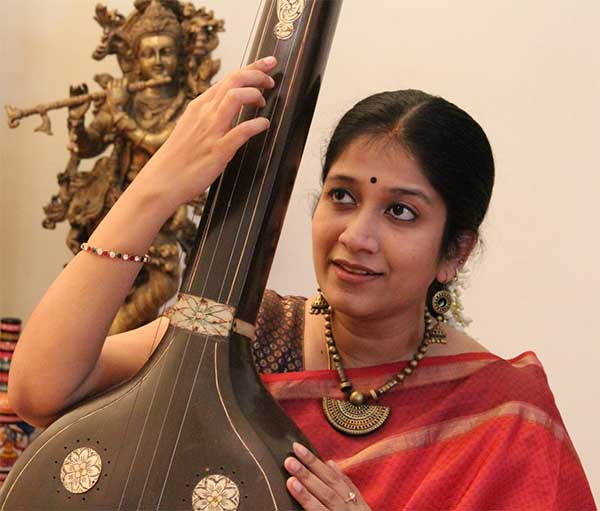 The Song of the Tambura

War or Peace; story from the Mahabharatha
Scroll to top