You are here: Home1 / EVENTS2 / Past Events3 / What She Said: Six Voices from the Ramayana

What She Said: Six Voices from the Ramayana

Written and directed by Gowri Ramnarayan

Written and directed by
Gowri Ramnarayan

What She Said takes a close look at six women in the Ramayana.
The epic sees them more as supporting characters, there to move along the narrative. Gowri Ramnarayan’s play sees each of them as individuals in their own right, believing that their stories are in no way less important or less intense than the saga of Sita, the heroine.

Two of the women do drive the action forward. Manthara’s blind love for Kaikeyi turns her mistress into an outcaste hated by everyone. “I failed to see that her pitiless son would disown her,” she wails. Disfigured by the Aryan prince whose love she sought, forest dweller Surpanakha finds that vengeance brings neither justice nor peace.

Their husbands’ lust for the wives of other men turn two wise queens into tragic victims. When mighty Vaali is assassinated, his consort Tara has to live on to protect her son. Mandodari is forced to watch her magnificent husband Ravana rushing into the flames, dragging his whole asura clan with him.

Finally, there are the voiceless nonentities. Sita’s sister Urmila remains one step behind, with a husband who has no second thoughts about abandoning her as he follows his brother into exile. Few know Rama’s sister Shanta even by name. Her birth father Dasharatha gives her away to his friend King Romapada, and Romapada gives her away to a man who saves his kingdom.

As the play unfolds in six scenes, playwright, director, actors and audience, discover that each woman has a story both unique and universal, as ancient myth morphs into contemporary reality.

Think Ramayana and you think heroes. Mostly men. What about the women, particularly those who flit in and out of these great tales?

As a playwright, I wanted to follow Urmila, Manthara, Surpanakha, Mandodari, Tara and Shanta on their different journeys. I saw how they faced their own struggles for survival. I discovered that their problems are our problems. “What She Said” is what they said to me.

I heard them raising disturbing questions which are very much alive our contemporary world. But exploring those issues is emancipatory. And I hope that searching for answers together with our audience will bring insight and understanding.

Actors Sunandha Raghunathan, Akhila Ramnarayan, and Aarabi Veeraraghavan, who have been part of JustUs Repertory’s work through the years, bring the characters in “What She Said” to life, with Shreya Devnath and Praveen Sparsh helming the soundscape, and B Charles in charge of lighting design.

Founded in 2006, JustUs Repertory has established itself as a leading performing arts group of India creating theatrical works of international class. Using modern techniques to produce works steeped in Indian culture, always in a global context. They explore historical, political and literary pasts which art must engage to represent the complexities of contemporary life –

JustUs productions have been acclaimed by audiences and the press in all the major cities of India, and showcased at national and international venues in the US, UK and South Asia. Dark Horse won two national awards, and Night’s End had a week’s run at the Soho Theatre in London, United Kingdom (Dec 2017). 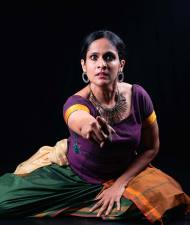 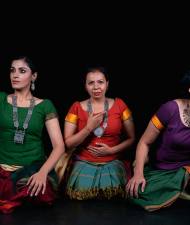 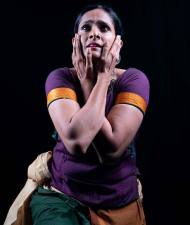 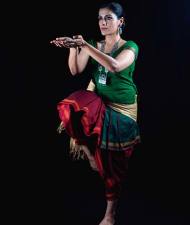 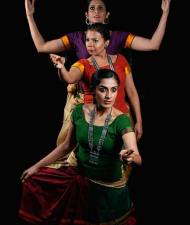 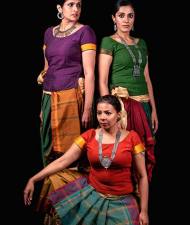