A delightful Carnatic Vocal duet concert featuring two wonderfully talented vocalists in their generation, Aishwarya Vidya Raghunath and Brindha Manickavaskan with Praveen Sparsh on mridangam, Vittal Rangan on violin and Chandrasekhara Sharma on Ghatam was recorded on the edge of a hilltop on a cool and windy morning in the beautiful village of Angangba in Tuensang, Nagaland. Both artistes were singing together for the first time and had put in a lot of thought on putting together a repertoire and complementing each other. 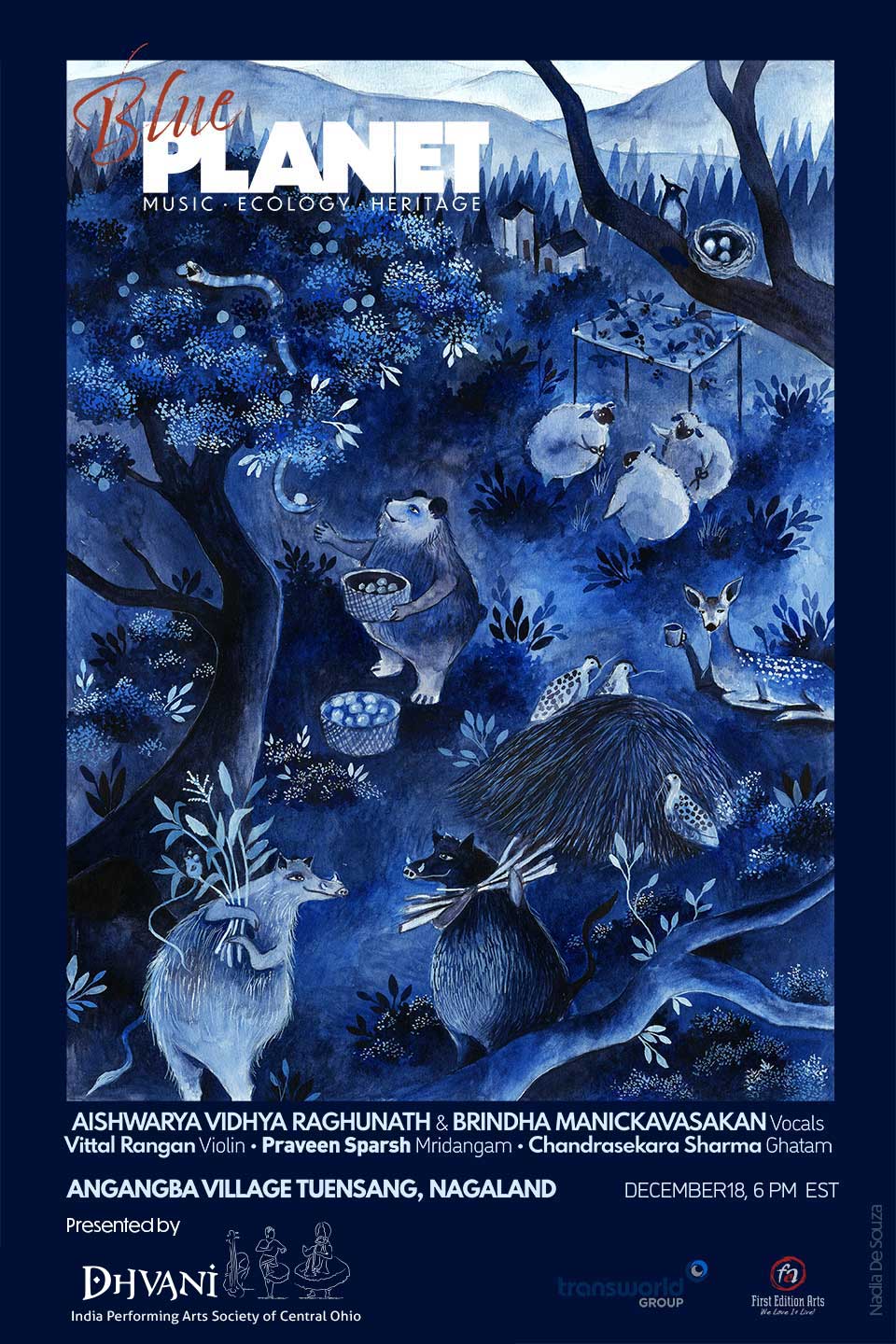