TM Krishna’s two-hour concert with Praveen Sparsh on mridangam, Vittal Rangan on violin and Chandrasekhara Sharma on ghatam, brings the five December concerts in the Blue Planet series to a close. A brilliant concert with many surprises and a dynamic ebb and flow of the sonic mirrored the still rhythms of the village of Angangba in Tuensang, Nagaland.

Halfway through the concert the musicians changed location from one outdoor space in the village to another, bridged musically by building on the tail end of the tani avartan, or farance which turned out to also be the prelude for the next piece, superimposed on the same farance. Visually this was bridged by shots of the musicians walking from the first to the second location; when Krishna’s vocal track for Talisrirama begins, the musicians are back to the concert in the new location.

Look out for this and many other intriguing moments in this concert. 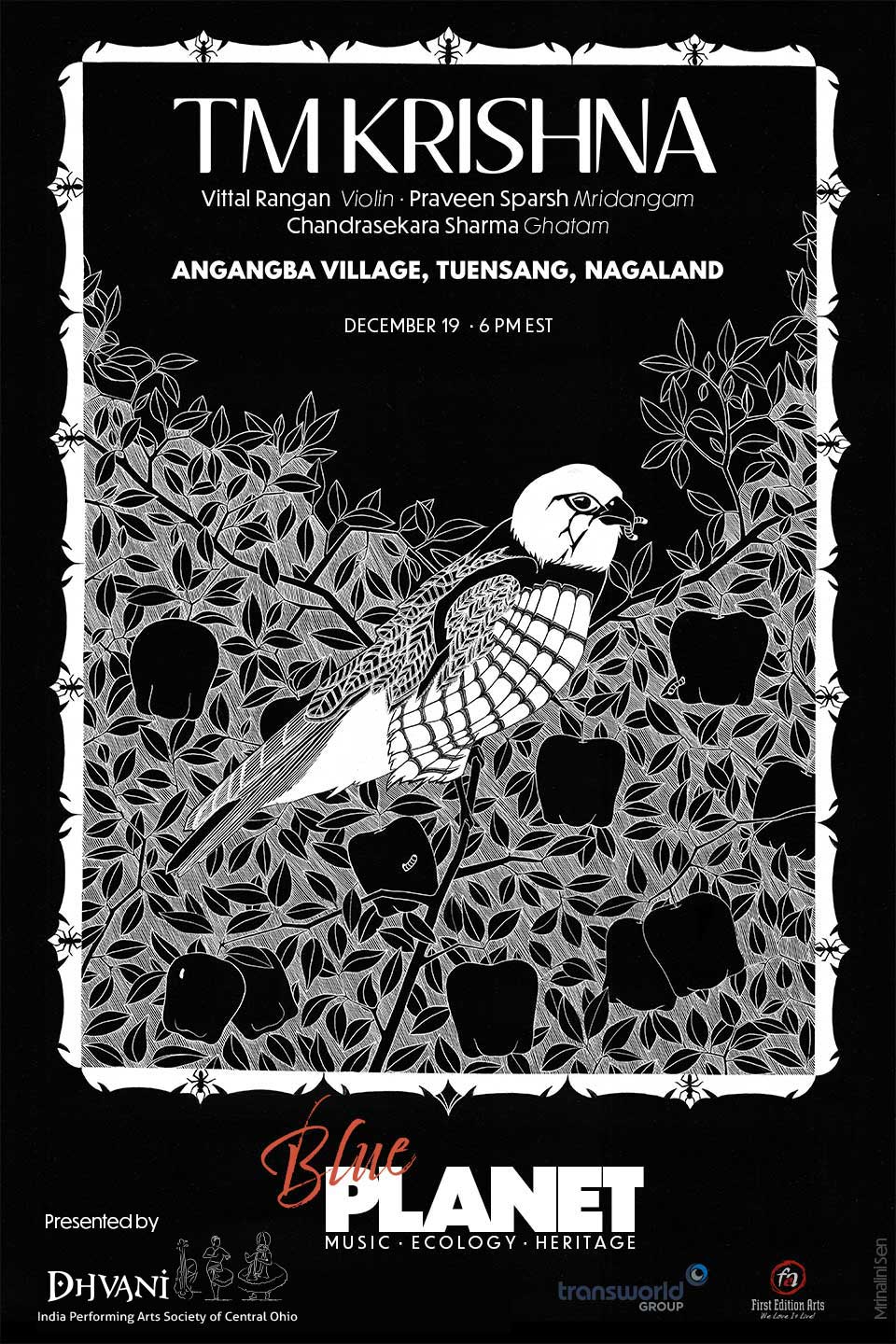 “Aesthetic in Arithmetic” – An exploration of the Pallavi:...
Scroll to top