You are here: Home / EVENTS / Past Events / Discussion and Workshop with Melvin Varghese and Gautam Marathe

Discussion and Workshop with Melvin Varghese and Gautam Marathe

Discussion and Workshop with Melvin Varghese and Gautam Marathe 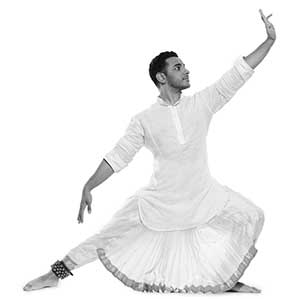 Pushing the boundaries of Indian classical dance, Melvin Varghese is a dancer, instructor, and choreographer hailing from New York City. Trained in the Kalakshetra style of Bharatanatyam, Melvin is currently a disciple of Sri. Parshwanath Upadhye.

Melvin is a founding father of Rutgers University Natya (competitive collegiate Indian classical dance team), which was featured in the New York Times in 2012. As both a company dancer and instructor for AATMA Performing Arts (Indian dance company) based in New Jersey, Melvin soon became a choreographer for Mystic India: The World Tour.

Melvin holds a doctorate in physical therapy from Mercy College and has worked as the on-site physical therapist for Broadway shows and tours including The Lion King, Aladdin, and Hamilton, to name a few. Melvin’s mission is to bring awareness to his passions of dance and movement. 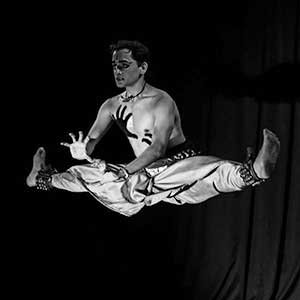 Gautam Marathe is a promising young Bharatanatyam dancer based in Mumbai, India. A disciple of shri Vaibhav Arekar, Gautam has been working as a core dancer in his dance company ’Sankhya’ for almost 8 years now.

Gautam holds a bachelor’s and master’s degree in Bharatanatyam from Tilak Maharashtra Vidyapeeth. He has also been trained extensively in contemporary dance and jazz under Ashley Lobo. Along with a vast experience of performing arts, he also has a good experience of working for the screen in commercial advertisements, reality shows and music videos as a model, choreographer and actor.

Gautam has been working extensively on creating fitness regimes targeted for classical dancers to improve their technique and overall body conditioning and has also been taking classes and workshops. 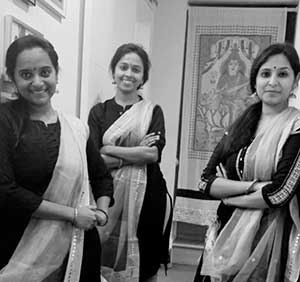