You are here: Home / EVENTS / Artist Collections / Artists by Name / Aishwarya Raghunath / Treasures from the house of Veena Dhanammal Recording

Treasures from the house of Veena Dhanammal Recording

Treasures from the house of Veena Dhanammal

This is a story that weaves together the compositions popularised by the legendary Veena Dhanammal and her lineage of exemplary musicians. Her school was regarded and respected for some beautiful jewels that lay hidden in her treasure chest of priceless compositions rendered in their inimitable, yet often emulated bani or style.

Ranging from a rich repertoire of compositions of the Trinity to those of Subbaraya and Annaswami Shastri, the padams of Kshetragna, Sarangapani and Ghanam Krishna Iyer, various javalis in sprightly gaits, this concert portrays a selection of these gems.

Art in the form of sketches is an integral part of this story’s experience. The legend, Veena Dhanammal was recognized not only by her musical prowess but also by her iconic presence. The sketches celebrate her legendary persona! 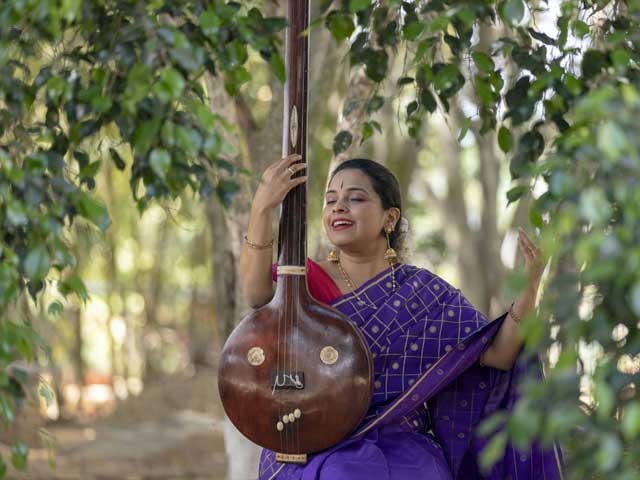 Smt Aishwarya Vidhya Raghunath (AVR) is an A-graded artist of All India Radio and Doordarshan. She has the honour of being the disciple of musical stalwarts – Sangita Kalacharya (Late) Smt Seethalakshmi Venkatesan, Padma Bhushan (Late) Shri PS Narayanaswamy, Sangeetha Kala Sagaram Smt Vegavahini Vijayaraghavan, and Vidwan Shri RK Shriramkumar. Her first solo public performance was at the age of 13.

As a consummate musician, Aishwarya’s performances have found expression in lecture demonstrations, creative collaborations and public concerts at venues of global repute both in India and around the world. From performances at niche venues such as the historically significant Vishnu Temple in Jodhpur to cultural institutions such as Madras Music Academy, Shanmukhanada Hall in Mumbai, Bangalore Gayana Samaj, and Rabindra Mandap in Bhubaneshwar.

Aishwarya has received the prestigious “Outstanding Lady Vocalist” Award from Madras Music Academy for three consecutive years. She is also the recipient of important awards including the M.S. Subbulakshmi Award, Yuva Purandara, D.K. Pattammal Award, Raga Laya Prabha, and the highly sought after Govt. of India Scholarship from the Ministry of Culture. 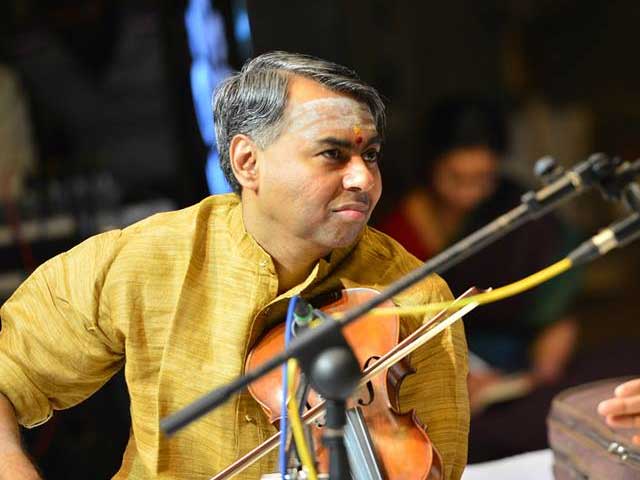 Having had his initial lessons in violin playing from Vidushi Smt Savitri Satyamurthy, Shriramkumar was trained in vocal music and violin by his grandfather Shri R K Venkatarama Shastry. He later received guidance in violin from Vidvan Shri V V Subrahmanyam and in vocal music from Vidvan Shri D K Jayaraman. Born in Chennai on 4th October 1966 to Smt Kusuma Krishnamurthy and Shri R V Krishnamurthy, Shriramkumar began his concert career in 1981, performing his debut concert with Vidvan N. Vijay Siva on the auspicious day of Shankara Jayanti, and has since carved a niche for himself gaining much proficiency, acclaim, stature and popularity amongst musicians and music lovers alike. His skills were further honed through the association and learning he gained by accompanying the doyens of Carnatic music like Vidvan Shri Semmangudi Srinivasa Iyer, Vidushi Smt. M S Subbulakshmi, Vidushi Smt. D K Pattammal, Vidvan Shri D K Jayaraman, Vidvan Shri Palghat K V Narayanaswamy, Vidushi Smt. T Brinda and Vidushi Smt. T Mukta, and others. 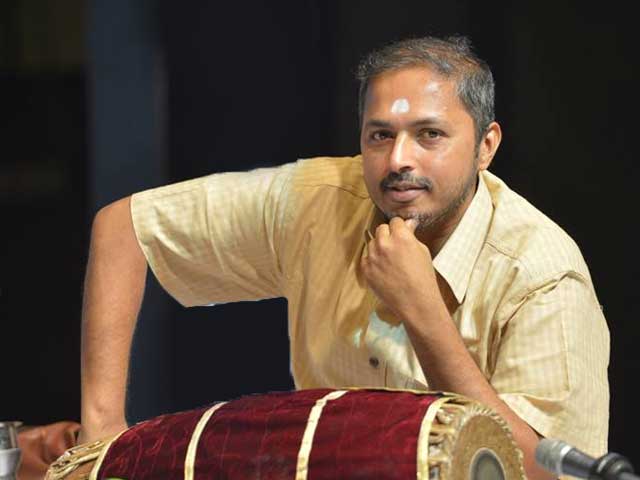 Son of the famous music composer Shri L.Krishnan, K Arun Prakash learned the art of playing mridangam from Ramanathapuram M.N.Kandaswamy Pillai from the age of 9. Arun started playing in concerts from the age of 11. He has given performances all over the world. His playing style is incredibly musical and he enhances the music to a different level altogether. His presence of mind and his composing skills merge together to give a different dimension to the kritiniraval and swara that is rendered on stage. He has won several awards and prizes. Arun has composed numerous pallavis sung by many musicians and he can be easily called “The thoughful” musician.