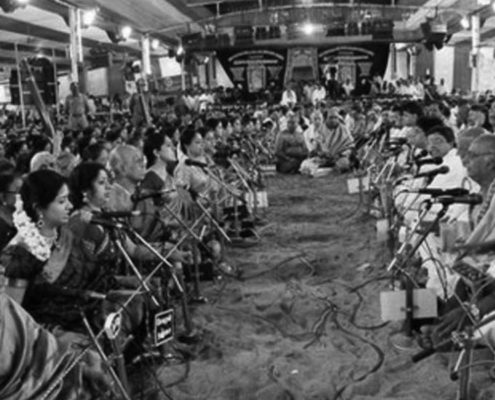 South India comprises a geographical area as large as that of Western Europe where four major languages (Tamil, Telugu, Kannada and Malayalam) are spoken. Although there are two metropolises (Madras, now known as Chennai, and Bangalore), and a few other important cities, most people still live in villages and small towns. This explains the great diversity of traditional South Indian music.
https://dhvaniohio.org/wp-content/uploads/2011/10/thiruvaiyaru.jpg 600 900 shankar9262 /wp-content/uploads/2020/08/logo.png shankar92622011-10-01 10:15:422018-05-06 22:05:31About the Music of South India 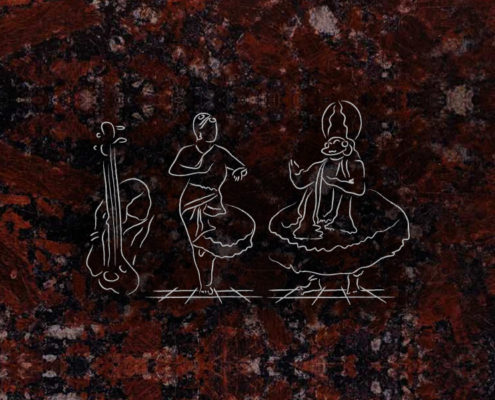 As a Westerner interested in Carnatic music, I am frequently asked to explain my interest and to articulate what makes South Indian music special. Both Indians and Westerners ask the same questions. Since I did not grow up with it, but rather chose it for myself from among a broad range of world traditions, Carnatic music is special indeed. There is always a sense in which cross-cultural interactions serve not only to broaden one's horizons, but also to set one's own cultural identity more strongly in relief.
https://dhvaniohio.org/wp-content/uploads/2011/10/dummy.jpg 600 900 shankar9262 /wp-content/uploads/2020/08/logo.png shankar92622011-10-01 10:12:262018-05-06 22:06:02Why Carnatic Music?
Scroll to top