South India comprises a geographical area as large as that of Western Europe where four major languages (Tamil, Telugu, Kannada and Malayalam) are spoken. Although there are two metropolises (Madras, now known as Chennai, and Bangalore), and a few other important cities, most people still live in villages and small towns. This explains the great diversity of traditional South Indian music.

The history of South Indian Music

The origins of Indian music are traced to prehistoric antiquity. Art or concert music in South India is called Karnâtaka Sangîtam (“Karnatic or Carnatic music” in English). Its history gains clear contours from the renaissance period which, in South India, had its centre in the Vijayanagar empire (1336-1565).

Purandara Dasa (1484-1564), a celebrated poet, mystic and composer, taught Carnatic music in a systematic manner. His method of teaching (abhyâsa gânam) consists of a graded course comprising some primary lessons (alamkâra) and small didactic and devotional songs (gîta). This method is still followed and provides the common denominator for all Carnatic musicians.

In the 18th and 19th centuries, the important kriti form of song was refined by the great composer Tyâgaraja (1767-1847). It consists of three melodic themes, based on one or several lines of the lyrics, and their variations (sangati). Several other forms of compositions further enrich the concert repertoire which, in its present format (kacheri paddhati), evolved in the course of this century.

Musicians were traditionally trained in the household (kulam) of a teacher (guru), a method therefore termed gurukulavâsam. Kalakshetra Foundation in Chennai is the performing arts college that pioneered classes with this personal touch and involvement in all aspects of Indian culture. At the same time, its dance, music and fine arts courses provide students with government recognized qualifications an artist needs in order to succeed in the modern world.

The role of music in South Indian society

Western categorizations such as “classical” and “folk” music are not helpful in the context of Indian music because traditional and modern, codified (mârga) and regional (dêshi) styles have often been blended to enhance its emotional appeal.

Religion is an integral part of daily life in India and therefore most Indian music is also regarded as being sacred. For most Indians, music is a means of distraction from daily worries, a form of entertainment among others. Although the mass media (cinema, radio, television) have changed popular tastes and introduced many foreign and modern elements, Carnatic music has remained unmistakably South Indian in character and temperament.

The idea of an individual and permanent artistic “work” is still not very important in India. Perhaps it does not relate to prevailing philosophies about the nature of the universe and man’s role in the scheme of evolution. More important, therefore, than the reproduction of a finished work is the understanding of stylistic principles underlying traditional music.

Indian musicicans never rely on musical scores. In Carnatic music, compositions (kalpita sangîta) and improvisation (manôdharma sangîta) play an equally important role. Thousands of “songs” have been handed down from generation to generation in oral tradition (sampradâya) or are being composed in our time. There is no seperate repertoire for vocalists and instrumentalists. Improvisations such as the exposition of a raga (râga âlâpana) and variations of a theme (e.g. kalpana svara, niraval) are so carefully intertwined with a composition that the resulting effect is one of a complete musical unity. For an inexperienced listener it is therefore difficult to identify the beginning and end of an improvisation.

Several important features are of greatest importance for maintaining the stylistic integrity of any particular tradition of classical music (bâni). For instance, shruti denotes microtones based on the seven basic notes (sapta svara) and their twelve semitonal variants (svarasthâna).

Ornamentation (gamaka) plays a great role in the rendering of scale patterns (ârôhana-avarôhana), characteristic phrases (prayôga) and extraordinary phrases (visêsha sancâra). In other words, a gamaka constitutes more than arbitrary embellishment as it is the key to the individual character of a râga (râga rûpa). Intermediary notes (anusvara) have the purpose of lending continuity to all melody. Subtleties of this kind cannot be reduced to writing but need to be assimilated through long exposure to good music and years of practice under the guidance of an experienced musician.

There are hundreds of melodic structures (râga) and numerous rhythmic patterns (tâla). Each musician specializes in a repertoire inherited from his teacher and expanded with the help of senior colleagues.

Several regional styles of South Indian music existed in the past but have largely been merged with Carnatic music in the wake of the introduction of cinema and broadcasting.

Sôpânam is still heard in the temple rituals of Kerala and plays an important role in the dance drama known as Kathakali. Kerala is also famous for its great variety of percussion instruments, particularly the Pancha Vâdya (“five types of instruments”) ensemble, and for the extraordinary complexity of the rhythmic patterns (tâla) employed. (C) Ludwig Pesch 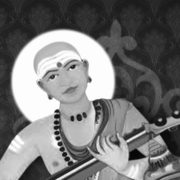 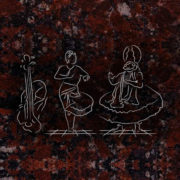